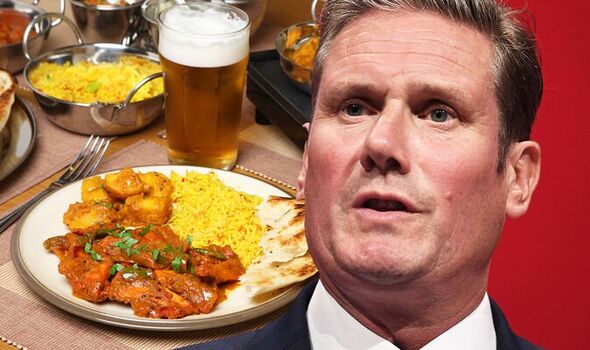 Photographs emerged several months ago of the opposition leader holding a beer and chatting to colleagues in an office ahead of the Hartlepool by-election last year.

Now, a leaked memo suggests the takeaway meal ordered by Sir Keir and his staff was actually pre-planned days before – despite Sir Keir making out the meal was spontaneous when he said: “At some point, this was in the evening, everybody’s hungry and then that takeaway was ordered.”

The memo features a timetable of events including “dinner” from 8.40pm to 10pm, and states a takeaway will be ordered from a curry house called Spice Lounge.

Conservative MP Richard Holden, whose complaint to Durham Police prompted their investigation, said: “If reports are correct that this was a pre-planned inside drinks and dinner event then it’s clear the Labour leader has been hiding the truth from the British people.

“This isn’t a case of a memory slip – it’s a case of deliberately misleading the people.”