Brexit talks have stalled time and time again in recent months as Brussels and the UK wrangled over the finer points of any potential agreement. But after some tense negotiations, its seems as though the two sides may have finally come to some arrangement. The EU and Downing Street were poised to announce a deal late on Wednesday night but talks continued into the night, fuelled by a late pizza delivery, as both sides scrambled to secure a deal.

An announcement was expected earlier the morning after Boris Johnson and Ursula von der Leyen spoke to confirm the deal.

But the announcement that was due to follow was pushed back as last-minute wrangling continued.

The talks have gone down to the wire – the deadline was due to be last week, as the EU said it needed time to ratify a deal before December 31.

But it seems talks were closer than many realised as negotiations were allowed to continue and could now be announced imminenetly. 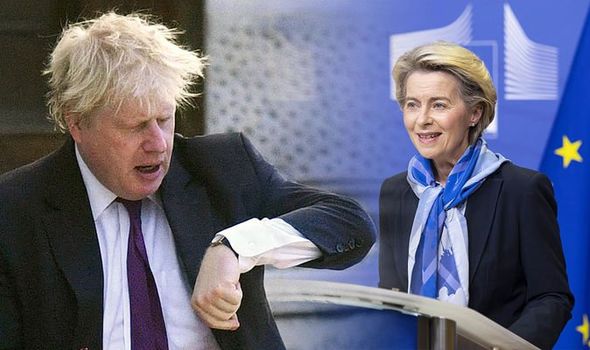 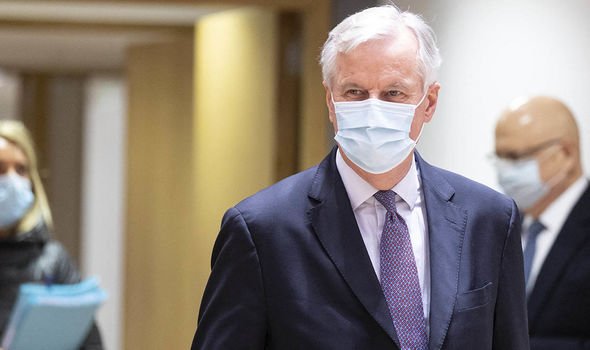 Has a Brexit deal been agreed yet?

Report suggest the UK has offered a deal where it will take back the right to land 25% of what the EU currently takes from British waters.

French sources reportedly claimed the UK had made “huge concessions”, especially on fisheries.

But Irish foreign minister Simon Coveney told RTE Radio there had been “some sort of last-minute hitch” over the small print of the fisheries agreement.

He added: “Certainly the momentum and the expectation is that we will get a Christmas Eve Brexit deal and I can tell you that will be an enormous relief.” 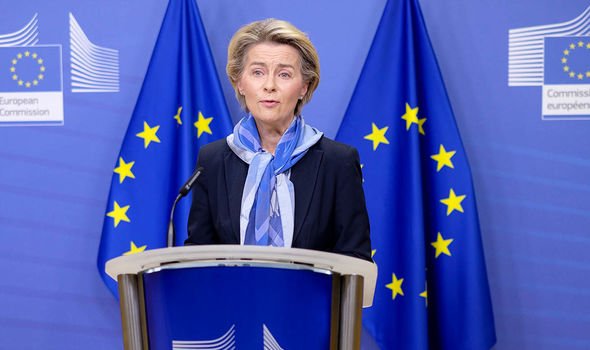 He added: “The EU was said to have used the wrong to calculate the reduction of stocks caught by EU countries.

“The blunder is not considered to be a threat to the overall deal, but will require ‘several hours’ to work through the issue.”

With time running out before the December 31 deadline, both sides still have work to do before the deal can be finalised.

But with it being Christmas Eve, if a deal isn’t announced we can expect it after Christmas, experts say. 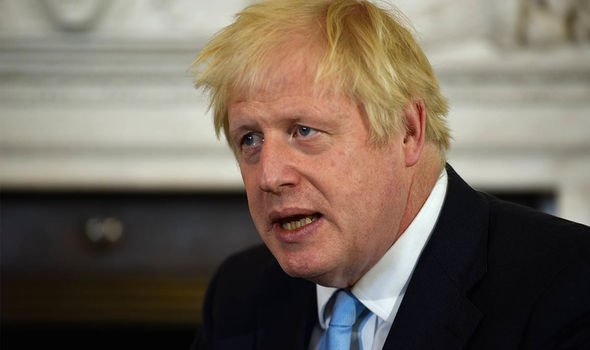 Dan Falvey, Express.co.uk political correspondent, says: “We’re in the final stages of a deal being agreed.

“In principle a trade deal is there, but with the document expected to be 2,000 pages long there’s plenty of i’s to dot and t’s to cross.

“Lord Frost and Michel Barnier are still locked away going over the fine detail to smooth over the last remaining issues before confirming to Boris Johnson and Ursula von der Leyen a deal is ready to be announced.

“A press conference confirming a deal could come in a matter of hours, but it could be gone midnight before we hit that point. Everyone is just awaiting the process to play out.”

A Downing Street spokesperson said the situation was “ongoing”.

While Sebastian Fischer, a spokesman for the German presidency of the Council of the EU, said ambassadors from EU member states will not be asked to look at a Brexit deal today,

He added no meeting would be called due to the “ongoing” negotiations, saying: “At the same time we have asked EU ambassadors to be available during Christmas period.”

The 27 EU states will be required to agree to any deal that is thrashed out by Brussels’ officials and the UK.