A post-Brexit trade deal with the USA will not be a “realistic option” while the Internal Market Bill’s “threat” to break the withdrawal agreement remains, former Prime Minister Gordon Brown has warned. The ex-Labour leader had been explaining to BBC Radio 4’s Today programme what effect Joe Biden’s recent win of the presidency will have on negotiations between the UK and European Union. Mr Brown pointed to Mr Biden’s concerns about the integrity of the Irish border in the Brexit negotiations. 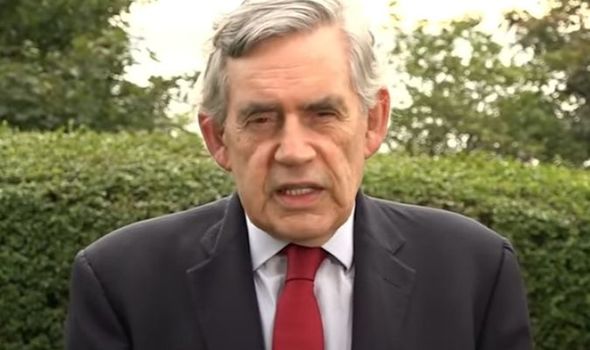 The former PM said: “I think he will be determined that the Good Friday Agreement, which he and Barack Obama and Bill Clinton supported and played a part in, be upheld.

“When the Lords meets today, Joe Biden will be a name that will be talked about.

“They’ll be telling the Government that if they don’t sort out the Internal Market Bill and withdraw this threat to create a hard border in Ireland then there’s no chance of a trade deal. Indeed very little progress will be made in Europe.”

Mr Biden has already warned the Prime Minister that there would be no US-UK trade deal if Britain went back on its withdrawal agreement with the EU.