The Prime Minister warned Brussels the UK is “utterly serious” about its demands for legal freedom when transition arrangements end in December. Mr Johnson and Ursula von der Leyen, European Commision president, spoke on Saturday after the final round of formal negotiations ended and agreed to give negotiators more time to reach an agreement. The PM insisted yesterday (SUN) there is still hope a deal can be reached but said the country can thrive if it has to use World Trade Organisation rules like Australia.

“I don’t want the Australian-WTO type outcome, particularly, but we can more than live with it,” he said.

“The people of this country have had enough, they have had this for a long, long time, being told that this or that was impossible or intolerable.

“I think we can prosper mightily.”

Negotiators have been told to work “intensively” to resolve the remaining differences within weeks.

Mr Johnson wants a deal to be reached by October 15, when EU leaders next meet, and has warned the negotiations cannot drag on because businesses and individuals need time to adapt to changes that will come into force from January 1. 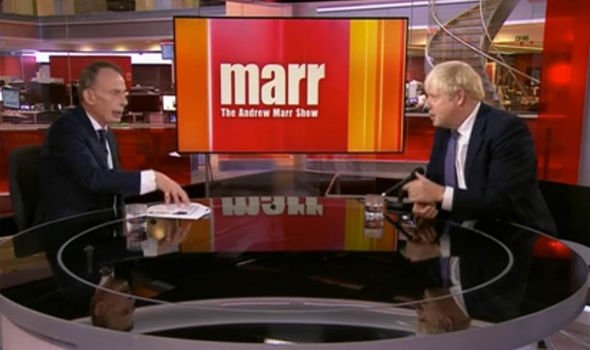 But clashes over fishing rights, state aid subsidies to industry and governance have left the talks deadlocked.

“There are some difficult issues that need to be fixed and there’s no question that the EU needs to understand that we are utterly serious about needing to control our own laws and our own regulations,”  Mr Johnson told BBC One’s Andrew Marr Show.

“Similarly, they need to understand that the repatriation of UK fisheries is very important.

The PM insisted the proposal on offer by the UK is a “very good deal for the EU”. 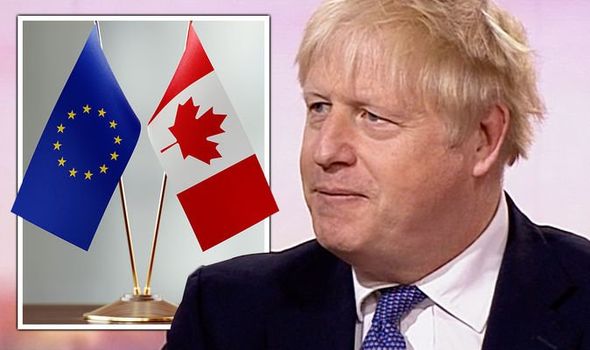 “All we’re asking our friends and partners to offer is terms that they’ve already offered to Canada which as you know a long way away from here,” he added.

“We’re very close to our European friends and partners, we’ve been members of the EU for 45 years, I see no reason why we shouldn’t get those sorts of terms.”

Brexit Party leader Nigel Farage said he believes a trade deal will be agreed but suggested if ministers “completely drop the ball on Brexit” he may return to frontline politics because there will be more “battles to be fought”.

He added: “I sense from the Government’s language from the last few days, one or two of the things they’ve said on fisheries, some of the comments from Ursula von der Leyen reminding Boris Johnson and the Government that we did sign a new European treaty last year called the Withdrawal Agreement.