One of Angela Merkel’s top allies and Germany’s Finance Minister has said that Ursula von der Leyen should have acted sooner to buy up vaccines. This follows growing criticism of Brussels’ handling of the vaccination programme, which has sparked rows with pharmaceutical giant AstraZeneca and even the British Government. There are signs that the EU’s leading member state Germany is turning on European Commission President Ursula von der Leyen amid the vaccine chaos.

He said: “We have to admit that there could have been a situation where Europe would have asked for vaccines earlier in the last year but now everyone is working very hard to do the best to ensure we get enough vaccines.”

When questioned whether it was right that vaccine distribution was given to the European Commission, instead of individual member states, Mr Scholz said: “If you do the job, you have to accept that people will be watching.”

Markus Söder, the Bavarian premier and Germany’s potential future chancellor, said on Friday that the Commission had “ordered too late, and only bet on a few companies, they agreed on a price in a typically bureaucratic EU procedure and completely underestimated the fundamental importance of the situation.” 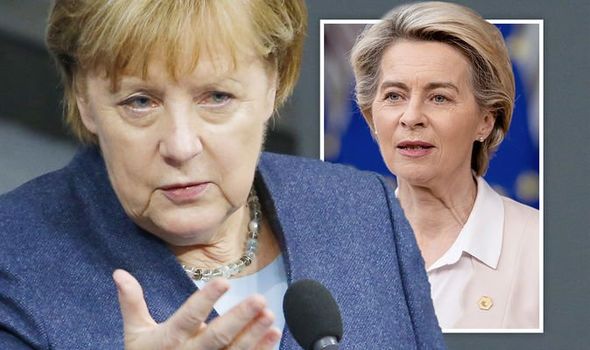 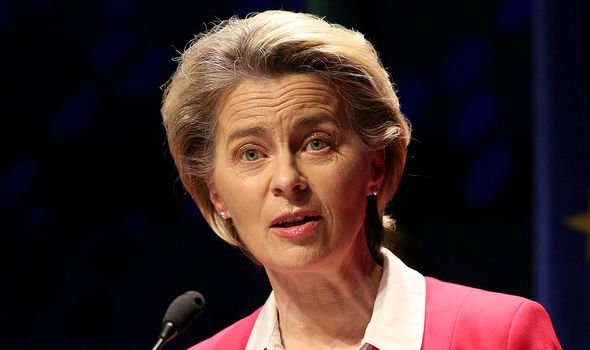 Carsten Schneider, party chairman of the centre-Left Social Democrats (SPD) singled out Ms Von Der Leyen for blame, saying: “Vaccination is our only way out of the crisis, it has to be a leader’s responsibility.

“I’m really stunned by how carelessly Ursula von der Leyen has looked after the start of the vaccination over the past few months.

“With all the procurement chaos and the mistakes that have been made, the Commission president can no longer duck the issue.”

Bild, Germany’s highest-selling newspaper, joined the criticism of Ms von der Leyen, demanding to know why the EU was lagging behind the UK and questioning why the Commission leader had refused an interview on the subject.

Scotland ‘should be thankful’ for UK vaccine rollout says Tice 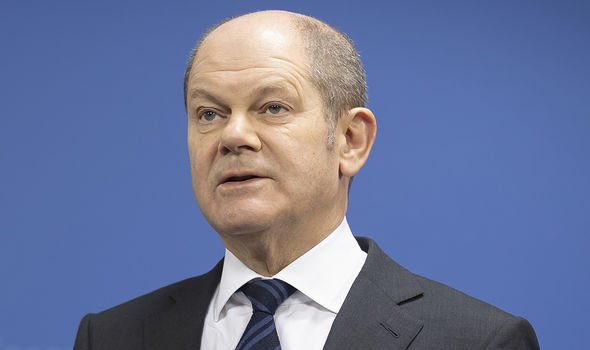 The BBC’s European Editor Katya Adler said earlier today: “The Commission is in real hot water about its vaccine rollout.

“When the EU looks at this mass vaccine procurement programme, it had hoped it would give a sense of EU strength and EU solidarity but actually it’s just looking like a mismanaged mess.

“The fears of dwindling supplies of jabs are real in hospitals outside Paris and in Madrid. Portugal and Germany are both sounding the alarm as well.

“A lot of people are pointing the figure of blame to the Commission, that it was too late to negotiate vaccine contracts, that the EU vaccine body took too long to approve vaccines.” 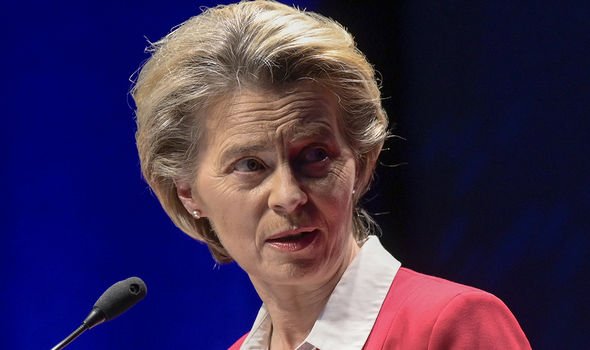 Brussels is also facing mounting pressure across the bloc to fix the severe shortages of vaccines.

Aauthorities in France, Spain and Portugal have been forced to stop giving Covid vaccinations due to a supply crisis.

The Dutch prime minister, Mark Rutte said he regretted the slow start to vaccinations, which has left the Netherlands with only enough vaccine for 2 percent of the population.

He said: “What then? We still have 70 to 90 per cent to go and you need vaccine for that. And the numbers so far have been going backwards more than forward, it seems.”