The head of the House of Lords has been forced to apologise for comments about the killing of George Floyd, admitting they were a “misjudgement”.

Edward Ollard, clerk of the parliaments, said his initial response to the unarmed black man being choked to death, and subsequent protests in the US and UK, “did not reflect the seriousness of the events”.

Black Lives Matter demonstrations have called for more action by governments and organisations to tackle racial inequality in recent weeks.

Following George Floyd‘s death in Minneapolis on 25 May, and subsequent protests outside parliament, Mr Ollard addressed the issue in an email to staff on 6 June.

A copy seen by Sky News showed it came as part of a longer note on efforts to move some Lords proceedings online during the coronavirus pandemic. 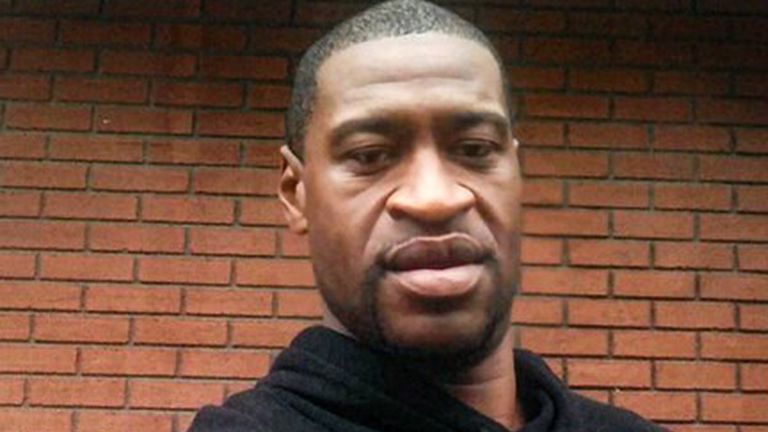 At the end, Mr Ollard wrote: “Finally, I cannot finish this message without acknowledging the unease and upset amongst colleagues arising from events surrounding the death of George Floyd.

“I know that this event has deeply troubled, and had very real impact, on many of you.

“I remain committed to ensuring that the administration is an inclusive and diverse place where all are respected and valued.”

But Mr Ollard later admitted that “some colleagues felt that I was seeking to hide or downplay such a significant and serious issue and its impact, particularly on black colleagues”. 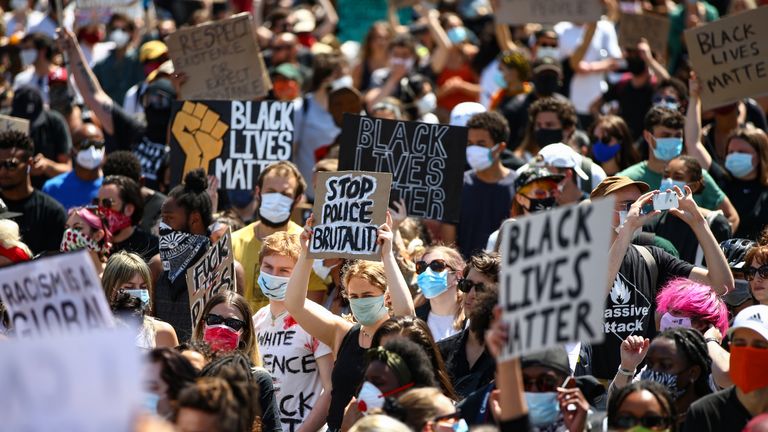 In a follow-up email sent to staff, also seen by Sky News, he said: “That was not the case, but I have reflected carefully on these comments and concluded that the communication was misjudged, and I apologise.

“The last thing I wanted to do was amplify any pain and hurt I know black, and other, colleagues are feeling. I am truly sorry that I did so…

“I know that there are inequalities within the administration that we must address.

“I recognise that my experiences are very different from many of yours: as a result, my view will be partial and my understanding incomplete. I, and others, must educate ourselves.

“We must listen to you and hear your reactions to these events and the wider issues they raise. And when we have listened, we need to learn and act.”

Mr Ollard advertised an all-staff call for 22 June – where one person on the call who wanted to remain anonymous said he was accused by workers of being “out of touch” and asked if he was the right person for the job.

A House of Lords spokesperson confirmed to Sky News that Mr Ollard said sorry for “including brief comments on the events surrounding the death of George Floyd in an all-staff email about hybrid proceedings of the house”.

They added: “While his initial comments were intended to be supportive, following feedback from staff, Ed recognised that this was a misjudgement as the issue warranted its own separate communication from him and his initial email did not reflect the seriousness of the events, or their impact particularly on black colleagues.

“In today’s meeting, he also reiterated his commitment to ensuring that the House of Lords is an open, inclusive and respectful place for everyone and to addressing inequalities within the administration.”