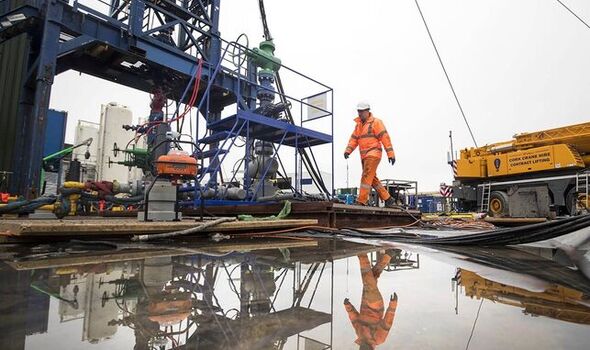 Business and Energy Secretary Mr Rees-Mogg said: “In light of Putin’s illegal invasion of Ukraine and weaponisation of energy, strengthening our energy security is an absolute priority, and – as the Prime Minister said – we are going to ensure the UK is a net energy exporter by 2040.

“To get there we will need to explore all avenues available to us through solar, wind, oil and gas production. So it’s right that we’ve lifted the pause to realise any potential sources of domestic gas.”

He also suggested limits on levels of seismic activity are too restrictive.

Under current rules, work must stop if tremors of more than 0.5 on the Richter scale are detected. But Mr Rees-Mogg hinted that could be raised to 2.5, telling MPs: “There are millions of seismic events of 2.5 or lower in the world every year.”

Tories in areas where fracking could take place hit back. East Yorkshire MP Sir Greg Knight told the Commons: “The safety of the public is not a currency in which some of us choose to speculate.”

Mr Rees-Mogg also came under fire for claiming some opposition to fracking might be funded by the Russians. Labour’s Ed Miliband accused him on Twitter of making an “absolutely outrageous slur”.

The fracking ban was imposed when more than 120 tremors were recorded at the UK’s only shale wells in Preston New Road, Lancs. In their 2019 manifesto, the Conservatives pledged not to lift it unless fracking was scientifically proven to be safe.

But a report by the British Geological Survey did not endorse shale gas extraction. And yesterday experts had more bad news.

Geology professor Jon Gluyas, of Durham University, said: “Liz Truss hopes to frack us out of the energy crisis by drilling thousands of wells to produce shale gas. It won’t work…we have the wrong kind of shale.”

The Government also announced a new round of oil and gas licensing that could lead to more searches for fossil fuels in the North Sea.