The party must keep the government funded, stave off a default, push a $1 trillion infrastructure bill to President Biden and secure the votes for a defining climate change and social policy bill. 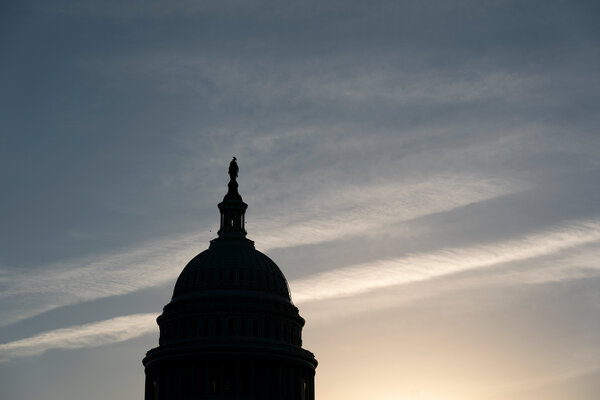 WASHINGTON — In a pivotal week, in a make-or-break stretch for President Biden’s domestic agenda, congressional Democrats are trying to assemble a puzzle of four jagged pieces that may or may not fit together.

Making them work as a whole is critical for the party’s agenda and political prospects, and how quickly they can assemble the puzzle will determine whether the government suffers another costly and embarrassing shutdown — or, worse yet, a first-ever default on its debt that could precipitate a global economic crisis.

Here are all the moving parts.

At a second past midnight on Friday morning, the parts of the government that operate under the discretion of Congress’s annual spending process will run out of money if a stopgap spending bill does not pass. Oct. 1 is the beginning of the fiscal year, and with larger issues dominating their attention, the Democratic House and Senate have not completed any of the annual appropriations bills to fund the Departments of Defense, Transportation, Health and Human Services, State and Homeland Security, to name a few.

This is not unusual. More often than not, the individual funding bills do not pass until winter. In the interim, Congress passes “continuing resolutions” to keep departments open at current spending levels, with perhaps a few tweaks for urgent priorities and emergencies like hurricane response and, this year, Afghan refugee resettlement.

By Thursday, Congress could easily pass such a resolution to avoid a lapse in funding that could furlough federal workers and force “essential” employees, like those at the Transportation Security Administration, to work for no money. But on Monday, such a stopgap measure was blocked by Republicans in the Senate because it was attached to …

The federal government has for decades operated under a statutory ceiling on the amount it can borrow — in common parlance, the debt limit. The $28 trillion federal debt climbs inexorably, not only because the government spends so much more than it recoups in taxes, but also because parts of the government owe money to other parts, mainly most of the government owing money from Social Security after decades of borrowing.