The indictment came weeks after one of the officers, Derek Chauvin, was convicted of second-degree murder in a state prosecution in Mr. Floyd’s death. The federal charges amount to another extraordinary censure of law enforcement officials, who have rarely faced criminal charges for using deadly force, particularly accusations of civil rights violations.

They are also a rare instance of the Justice Department seeking charges after a local conviction but before the rest of the case had played out; the other three officers await a state trial in August. The department’s pursuit of a grand jury indictment even after Mr. Chauvin’s conviction also shows that officials believed that, regardless of how the other cases are resolved, the officers still needed to be held accountable for violating the Constitution, former federal prosecutors said.

The new charges also went beyond Mr. Chauvin’s conviction in Mr. Floyd’s death. A second federal indictment on Friday accused Mr. Chauvin of depriving a teenager of his civil rights during a 2017 encounter. Mr. Chauvin held the teenager by the throat, struck his head repeatedly with a flashlight and pressed his knee into his neck and back while the juvenile lay handcuffed, court papers said.

The Biden administration has repeatedly shown it intends to aggressively crack down on police misconduct, including announcing a broad investigation into the Minneapolis police department last month after Mr. Chauvin’s conviction.

“It’s encouraging that the Justice Department is using the civil rights statute in this case,” said Jonathan Smith, a former official in the department’s civil rights division. But, he added, it was too early to tell whether the indictment signaled a willingness by the department to seek more such charges, noting that Mr. Chauvin’s murder conviction was also considered an exception to the norm in police killings.

Keith Ellison, the Minnesota attorney general who oversaw the prosecution of Mr. Chauvin on the state charges, said that it would be “entirely appropriate” for the Justice Department to seek a federal civil rights conviction against him, “particularly now that Derek Chauvin has been convicted of murder under Minnesota law for the death of George Floyd.”

All four men were accused of willfully failing to aid Mr. Floyd as he lay on the ground in clear need of medical care, an act deemed to violate Mr. Floyd’s constitutional right not to be deprived of liberty without due process of law, including his right to be free from an officer’s deliberate indifference to serious medical needs.

Mr. Lane, Mr. Thao and Mr. Kueng made initial appearances via videoconference on Friday before a magistrate judge in U.S. District Court in Minneapolis. Mr. Chauvin, who is in prison, did not appear.

Under federal law, the Justice Department can seek charges against police officers for willfully depriving people of their constitutional rights while performing their official duties. The statute is more regularly used in cases where officers are accused of raping people during traffic stops or guards of beating handcuffed prisoners, crimes where it is fairly straightforward to prove that the officer intended to violate the victim’s rights.

But federal prosecutors have hesitated to bring the charge in high-profile police killings because it is harder to meet the law’s willfulness standard, which would mean proving that an officer intended to use excessive force in order to violate someone’s civil rights. The split-second nature of many police shootings, including those at the center of several of those cases, make them particularly difficult to prosecute.

“In a shooting case in which an officer claims to have seen something that looked like a gun, where there was an ongoing struggle, it’s hard to show that an officer intended to use excessive force in violation of a person’s constitutional rights,” said Rachel Harmon, a former prosecutor in the Justice Department’s civil rights division and the director of the Center for Criminal Justice at the University of Virginia’s law school.

Like so many of you, I have closely watched the events in Minnesota. Although the state’s prosecution was successful, I know that nothing can fill the void that the loved ones of George Floyd have felt since his death. My heart goes out to them, and to all those who have experienced similar loss. I know such wounds have deep roots, and that too many communities have experienced those wounds firsthand. Yesterday’s verdict in the state criminal trial does not address potentially systemic policing issues In Minneapolis. Today, I am announcing that the Justice Department has opened a civil investigation to determine whether the Minneapolis Police Department engages in a pattern or practice of unconstitutional or unlawful policing. This effort will be staffed by experienced attorneys and other personnel from the Justice Department’s Civil Rights Division and the U.S. Attorney’s Office for the District of Minnesota. The new civil investigation is separate from and independent of the federal criminal investigation into the death of George Floyd that the Justice Department has previously announced. 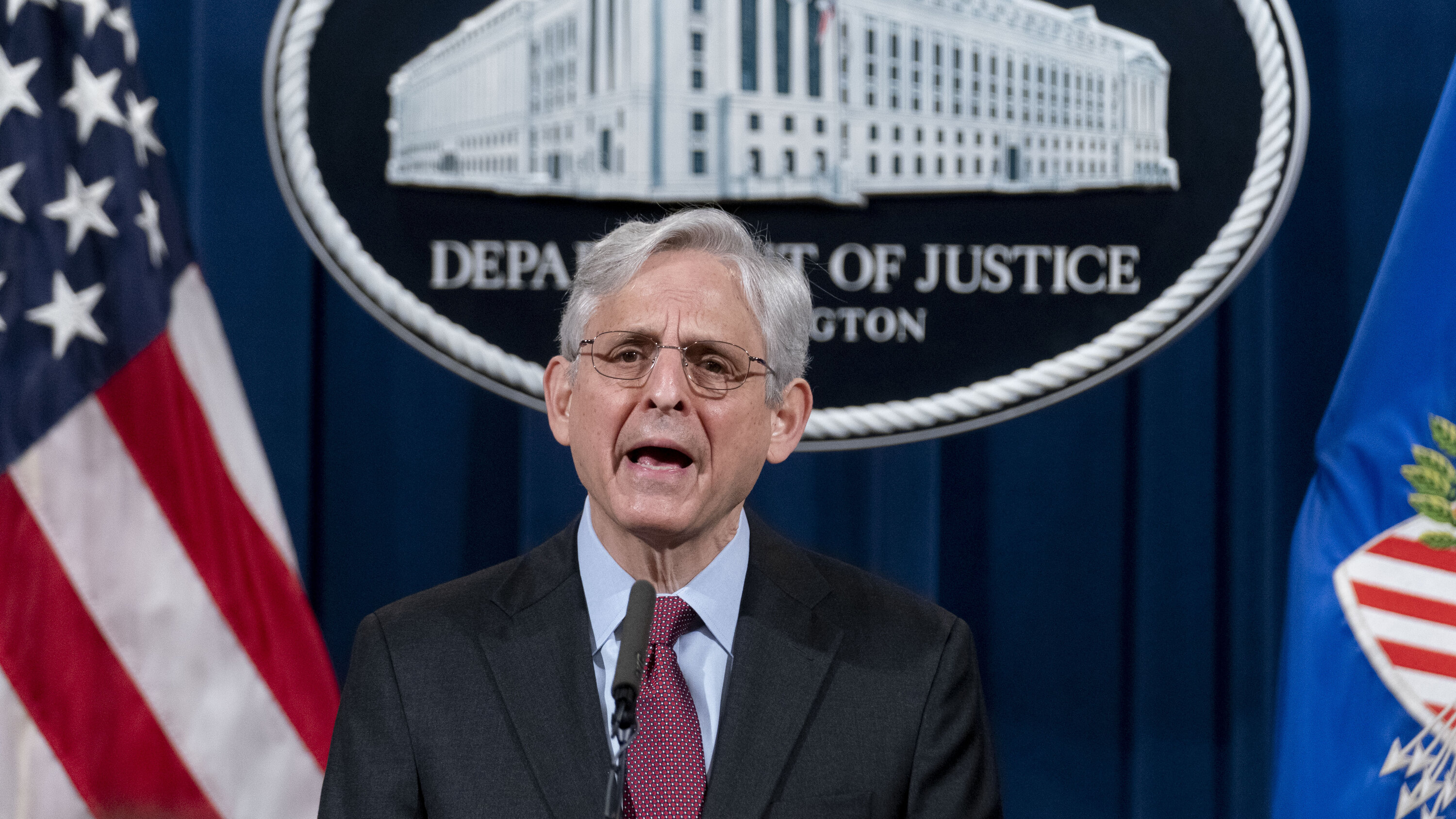 The latest charges against Mr. Chauvin differ from the state case against him that resulted in a guilty verdict last month. Mr. Chauvin is scheduled to be sentenced in June for the murder of Mr. Floyd, a charge that could put him in prison for decades. Murder cases are typically prosecuted by state or local law enforcement officials, rather than the Justice Department.

The Justice Department typically waits for state or local prosecutors to try cases before seeking indictments on any federal violations and will often decline to bring a case if federal law enforcement officials conclude that the state secured a just outcome.

Before Mr. Floyd’s killing on May 25, the officers had gone to Cup Foods, a convenience store in South Minneapolis, to respond to a 911 call from a store clerk who said that Mr. Floyd had used a fake $20 bill to buy cigarettes.

Mr. Kueng and Mr. Lane, both new on the force, arrived first. Mr. Lane approached Mr. Floyd’s car with his gun raised and turned sideways, pointed at Mr. Floyd through his car window. Mr. Thao and Mr. Chauvin arrived shortly after, as the first two officers were trying to get Mr. Floyd into the back of a police car and he was resisting, telling them he was claustrophobic and recently had the coronavirus.

They eventually pulled Mr. Floyd out of the back of the car and put him on the ground, where Mr. Lane held his legs and Mr. Kueng put his weight on his back. Mr. Chauvin put his knee on Mr. Floyd’s neck. Mr. Thao stood guard nearby as Mr. Floyd gasped for air and ordered bystanders — who expressed worries about his deteriorating health — to stay on the curb.

After the bystanders shouted at the officers to attend to Mr. Floyd, Mr. Kueng checked his pulse and said he could not find it. The three officers continued to hold him down. After emergency responders arrived, Mr. Floyd was loaded into an ambulance. He was pronounced dead at a hospital shortly after.

A day after Mr. Floyd’s death, Medaria Arradondo, the Minneapolis police chief, fired all four officers as a teenager’s video of the encounter began to ricochet across the globe. Demonstrations consumed the city for days, during which scores of businesses and a police precinct were burned down.

The grand jury indictment, which was filed on Thursday, stands in contrast to other high-profile police assaults and killings of Black people that the Justice Department has investigated in recent years, including the 2014 killings of Eric Garner in Staten Island; 12-year-old Tamir Rice in Cleveland; and Michael Brown in Ferguson, Mo.

Prosecutors cleared Darren Wilson, the Ferguson police officer who shot Mr. Brown, of civil rights violations after an investigation. The department also found in a sweeping inquiry that the Ferguson police routinely violated the rights of Black people, and federal officials called on the city to make changes to its criminal justice system and abandon its approach to policing. The Justice Department and the city reached an agreement on a court-monitored road map toward an overhaul.

But in the deaths of Mr. Garner and Tamir Rice, prosecutors ultimately concluded that they could not prove beyond a reasonable doubt that officers intended to deprive them of their constitutional rights when they killed them, the standard for civil rights charges.

“There is a movement to amend the federal law to permit a lower standard than willfulness,” said Mr. Smith, who now serves as executive director of the Washington Lawyers’ Committee for Civil Rights and Urban Affairs.

The federal indictments were separate from the Justice Department’s continuing civil investigation into whether the Minneapolis Police Department engages in unconstitutional or unlawful policing — the first of two such investigations that Attorney General Merrick B. Garland has announced in recent weeks.

The other is into the Louisville Metro Police Department, whose officers shot to death a 26-year-old medical worker, Breonna Taylor, during a botched drug raid.

Such investigations are often the precursors to consent decrees, which are court-approved deals between the Justice Department and local governments that create and enforce a path for training and operational changes.