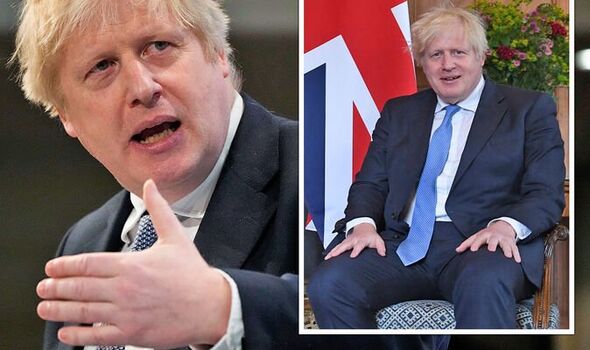 And I have to tell you, it’s Conservative councils and councillors across the country who deliver better local services while managing your money wisely. It’s why I’m urging Express readers to get out and vote Conservative.

Conservative councils have been working doubly hard to support local businesses and our high streets as we bounce back from Covid, building on the £400 billion of support this government provided to get our country through the pandemic.

In Dudley, the Conservative council successfully bid for £10million from our Future High Streets Fund and work is already underway to regenerate the high street in Brierley Hill.

And the diligent Conservative councillors of Dudley have secured £24million for a new Transport Interchange to connect buses with the West Midlands Metro.

In Bury, local Conservatives have pledged £1million to fix 18,000 potholes after years of neglect of local roads by the Labour council.

Indeed, on average Conservative councils fix four times as many potholes as Labour councils. I think it’s true to say that the socialists are bad for your suspension!

Conservative councils fix four times as many potholes as Labour councils. I think it’s true to say that the socialists are bad for your suspension

And it’s Conservative councils who recycle more of your rubbish.

I’m afraid to say the worst councils in the country for recycling our waste are all Labour-run.

I know that families across the country are feeling the pinch as the cost of living rises.

That’s why we’re focused on growing the economy to address the cost of living, and it’s why keeping bills down and cutting council waste is more important than ever.

And it’s Conservative councils who charge the lowest council tax anywhere in the country.

While the residents of the wonderful Conservative councils of Westminster and Wandsworth pay the lowest council tax in the country, the residents of nearby Kingston are being clobbered, paying almost three times as much under the profligate Lib Dems.

And what are Labour and Lib Dem councils focused on spending hard-earned taxpayers’ money on?

Woke crusades to change street names and tear down statues. Labour’s Haringey Council announced plans to spend £186,000 on renaming a single street in London – despite 72 percent of residents objecting.

And in Peterborough, a Lib Dem councillor wants to fritter away taxpayers’ money on reviewing every single street name.

It’s little wonder that Labour is leaving councils like Croydon bankrupt, just like they left the country bankrupt the last time they were in government.

As you head to the polling station tomorrow, I urge you to think about who is best to make sure your bins are regularly collected and your rubbish gets recycled, that your local roads are repaired, your high streets get supported and your hard-earned council tax payments are spent on local priorities.

On all those counts, it is Conservative councils and councillors with a track record of delivering.

The choice tomorrow could not be starker.

Conservative councillors work with the government to deliver on local priorities in your area. Or Labour and Lib Dem councillors wasting time and money playing politics.