Justice Department officials were worried that the former president had not fully complied with requests to return material taken from the White House that included possible classified information. 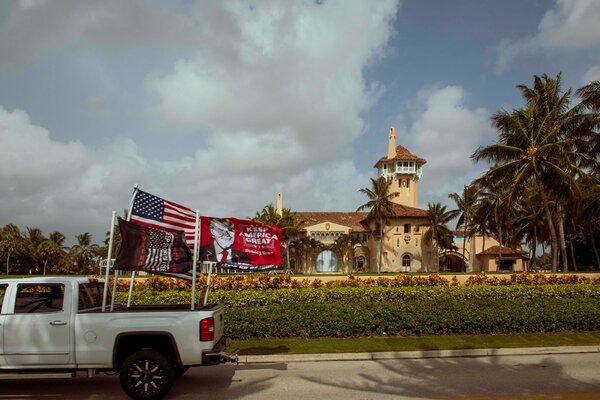 The search carried out on Monday by the F.B.I. at former President Donald J. Trump’s Florida home, a law enforcement action with explosive legal and political implications, was the culmination of a lengthy conflict between a president proud of his disdain for rules and officials charged with protecting the nation’s records and secrets.

On one side were officials from the National Archives, which is responsible for making sure all presidential records are preserved according to the law, and the Justice Department, which some people familiar with the inquiry said had grown concerned about the whereabouts of possible classified information and whether Mr. Trump’s team was being fully forthcoming.

On the other was Mr. Trump, who, in apparent contravention of the Presidential Records Act, had taken a trove of material with him to his home at Mar-a-Lago when he left the White House that included sensitive documents — and then, in the Justice Department’s view, had failed to fully comply with requests that he return the disputed material.

After the investigation bubbled along largely out of public view for months, word that agents had arrived early Monday morning at the gates of Mar-a-Lago with a search warrant raised new questions about Mr. Trump’s vulnerability to prosecution and fueled further partisan division.

Mr. Trump’s aides and allies intensified their criticism of the search on Tuesday, calling it unnecessary and asserting, without citing any evidence, that it was a brazen use of prosecutorial power for political purposes. On his social media site on Tuesday, Mr. Trump cast the search as part of “a coordinated attack” that also includes local and state prosecutors, alluding to investigations into him being carried out in Georgia and New York.

Christina Bobb, a lawyer and aide to Mr. Trump who said she received a copy of the search warrant, told one interviewer that the agents were looking for “presidential records or any possibly classified material.”

At the White House, President Biden’s press secretary said he had no advance word of the decision to carry out the search, and at the Justice Department, Attorney General Merrick B. Garland maintained public silence about the momentous step.

Despite Mr. Trump’s suggestions that an army of agents raided Mar-a-Lago and stormed through his home, the F.B.I. conducted the search on a day when Mr. Trump was out of town and the club was closed. The agents carried out the search in a relatively low-key manner, people with knowledge of the matter said; by some accounts they were not seen donning the conspicuous navy-blue jackets with the agency’s initials emblazoned on the back that are commonly worn when executing search warrants.

Another person familiar with the search said agents began going through a storage unit, where items like beach chairs and umbrellas are kept, in the basement. They progressed to his office, which was built for him on the second floor of the main house, where they cracked a hotel-style safe that was said by two people briefed on the search to contain nothing of consequence to the agents.

Then they moved to Mr. Trump’s residence, the person said.

Ultimately, they removed a number of boxes of documents, people familiar with the search said.

It is not clear what the agents were looking for or what they took. Nor is it clear whether the search was carried out simply to ensure that the documents and other material were properly turned over to the archives or it was a possible precursor to a prosecution of Mr. Trump for mishandling classified material or obstructing efforts to get it back.

Throughout his presidency, Mr. Trump was disdainful of record-preservation laws, and was known to tear up documents and in some cases to flush them down toilets. It is not clear whether he sought to hold onto material sought by the archives and the Justice Department to keep it away from public scrutiny or for some other reason.

A close look at the investigation, though, shows how it has been quietly picking up steam for much of this year, introducing a new element into the questions about Mr. Trump’s varied and intensifying legal problems and his political viability even as he hints at another run for the presidency.

For many months before he left office, Mr. Trump would tell aides to bring documents up to the residence for him while he was in the Oval Office, and they complied, but there was no process in place, meaning that officials whose job it was to keep track of paperwork did not always know exactly what had gone up there, according to people familiar with the events.

By the end of his presidency, and as Mr. Trump was fighting to overturn his election loss, some of his aides were concerned with preserving the work of the office itself. His habit of transporting material around in cardboard boxes, with either a personal aide or a valet carrying them, was well known, but the contents were not always clear.

Discussions were held within the White House by top staff members about how to get Mr. Trump to surrender his boxes, people familiar with the events said; it is unclear whether Mr. Trump was ever asked directly or officials simply did not take the issue to him.

When he left the White House, Mr. Trump took the boxes with him to Mar-a-Lago, packed with paperwork including letters from the North Korean leader Kim Jong-un and the former president’s “Sharpie-gate” map of the path of a hurricane, along with personal items like golf balls and a rain coat and various other things stuffed in.