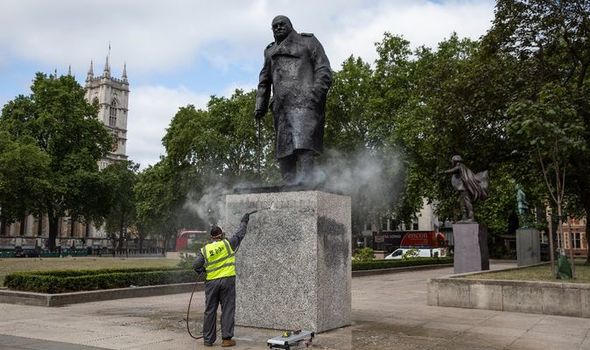 Ms McGrady has published a video responding to critics of the National Trust stating that the organisation was simply trying to “tell the full story about Britain and Britons and their place in global history.

It comes as she has written to Tory MP Tom Hunt to offer a meeting with Conservative MPs to stave off threats of having its government funding cut off after the report caused outrage.

Ms McGrady is set to meet the 50 MPs and 10 peers in the powerful Common Sense group of Tory parliamentarians who wrote to culture secretary Oliver Dowden asking for taxpayers’ money to be blocked until the organisation apologised.

The controversial audit included Churchill’s former home in Kent, Chartwell, while another prominent historical figure MPs believe was “besmirched” by the National Trust was the poet William Wordsworth identified in the report despite himself campaigning against slavery.

The Sunday Express has learnt that the cabinet minister, who was at the heart of protecting statues from being pulled down, has told MPs in a private meeting that he is “sympathetic” to their demands.

The group’s founder, former minister Sir John Hayes said: “We have asked her to arrange the meeting urgently to explain herself and the National Trust’s actions.” 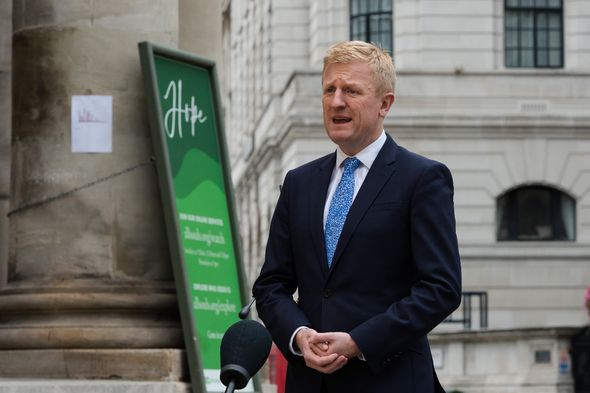 But in her video, Ms McGrady has also put out a video where she admitted she “can understand” that people are concerned that the National Trust has become “an organisation with a political agenda and one which wants to tell a certain version of history.”

She went on: “I can simply say we are not. We are the National Trust here to protect places of historic interest and natural beauty for the benefit of the nation.”

She added: “I believe though that part of that benefit and obligation is to tell all of the story not just the bits we feel comfortable with.

“What I am clear though is that it isn’t our job to pass judgement and we most certainly do not criticise people for what they did or why they did it. Those that do so are making their own judgements.

“Take Winston Churchill. He was a towering figure and a truly great war time leader who we the National Trust celebrate in our presentation at his home at Chartwell.”

She pointed out that the National Trust finished a £7 million investment to transform the way they tell his story.

But she said that it was not wrong to point out Churchill’s other roles in his long political career including opposing independence for India, his role with setting up the Irish free state and his stint as Secretary of State for the colonies.

“These are simply facts and they in no way diminish his achievements as one of our greatest war heroes.

“I think that only by openly and honestly sharing these stories do we do them justice and talk about the true complexity of our past and the role that Britain and Britons have played in global history.”

A National Trust spokesperson said: “We are always willing to discuss our work with politicians. We are in regular dialogue with MPs to update them on what we are doing and to seek their views.”