The Labour MP in charge of the foreign aid budget select committee in the House of Commons has admitted to BBC Newsnight that the fund had made some “really bad investments”. Sarah Champion, who is chair of the International Development Select Committee, was grilled by Newsnight host Emma Barnett over her defence of the aid budget. This comes after the Government’s decision to cut funding for overseas aid last November due to the ongoing pandemic has been met with renewed criticism.

Ms Champion has criticised the move to slash UK aid from 0.7 percent of national income to just 0.5 percent – a reduction of more than £4billion.

However, she admitted that taxpayers’ money had been wasted with some “really bad investments over the years”.

Ian Birrell, contributing editor at the Mail on Sunday, appeared alongside Ms Champion and claimed a lot of the Government’s foreign aid ends up in the wrong place.

BBC Newsnight host Emma Barnett followed this criticism up in a grilling with the Labour MP: “Do you share some of Ian’s concerns around propping up certain governments and it not being the power we think it is as chair of the select committee?”

JUST IN: SNP government has spent £4.7m chauffeuring documents since 2017 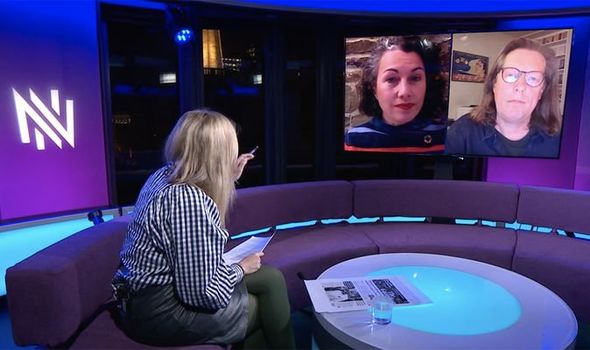 Ms Champion responded: “There is one point I agree with Ian on and that is there have been some really bad investments over the years.

“But those investments have been from the Foreign Office, the Home Office, the non-development departments and not the former DfID officials.

“One would hope those real anomalies have now got rid of.”

Labour MP for Rotherham later added: “The UK are recognised as a soft-power-super-power that gets us a seat on almost every table and as we’re looking to reposition Britain post-Brexit, to lose that, to give that away, just seems absolutely bonkers to me.”

During the interview, Mr Birrell suggested that British foreign aid is being used to fund “despotic regimes” and some of the “worst governments”.

He told Newsnight: “A lot of the aid we’re giving away, we’re giving to despotic regimes, we’re propping up some of the worst governments in the world and we’re giving it to countries with bigger economies than our own.

“All we’re doing is exacerbating the problems and allowing those governments not to respond to the people on the ground, the people in need, but allowing them to put it in Swiss bank accounts, to wash it through our own tax havens and to buy weapons.

Mr Birrell claimed the target was “completely anachronistic in the modern world.”

Citing a water aid scheme, Mr Birrell alleged that within a project that cost £25.6 million, a staggering £16.8 was spent on consultants.

Officials from the Foreign and Commonwealth Development Office (FDCO) said the decision was “tough but necessary”.

It said Britain would still fork out more than £10billion a year to help the world’s poorest and most vulnerable people.