Robert Bergqvist, chief economist at Swedish financial group SEB, issued the warning as European countries tighten controls following a surge in COVID-19 cases. Spain has seen the number of cases skyrocket in recent weeks as one of Europe’s strictest lockdowns was lifted. According to the European Centre for Disease Prevention and Control (ECDC), Spain recorded 39.4 cases per 100,000 inhabitants over the last two weeks.

Angela Merkel’s Chief of Staff Helge Braun has urged Germans to play their part to help bring the recent daily case numbers of more than 800 daily cases, back down below 500.

He said if another wave of the virus were to hit, warranting nationwide lockdowns, Europeans may not submit to rules as willingly as they did the first time round. 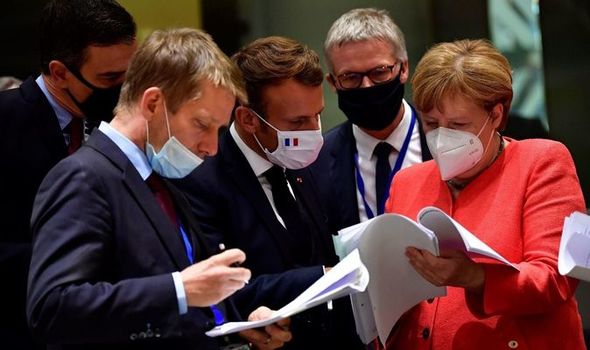 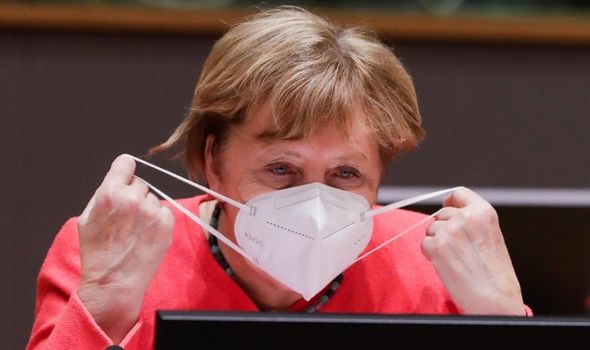 He told German newspaper Bild: “There will be no second hard lockdown in Europe.

“Because that would lead to a monster recession that would not be accepted by the population.”

Mrs Merkel is facing a tough few months ahead as she grapples with economic woes at home while Germany presides over the EU Council until the end of the year.

June tax revenues in Germany fell by a full 19 percent compared to the same month in the previous year. 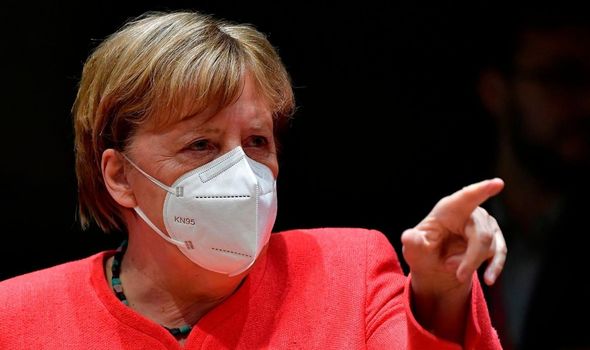 This marks a loss of €15.4 billion for Europe’s largest economy.

Florian Toncar, an opposition politician in Germany, has called for Government spending to be “checked”.

He said the situation Germany has found itself in amid the global pandemic is dire.

DON’T MISS
Micheal Martin fear: How no deal Brexit ‘may push Ireland into crisis’ [REVEALED]
Coronavirus breakthrough: First UK vaccine results to be published [INSIGHT]
GDP falls: What does a recession mean for the UK? [EXPLAINED] 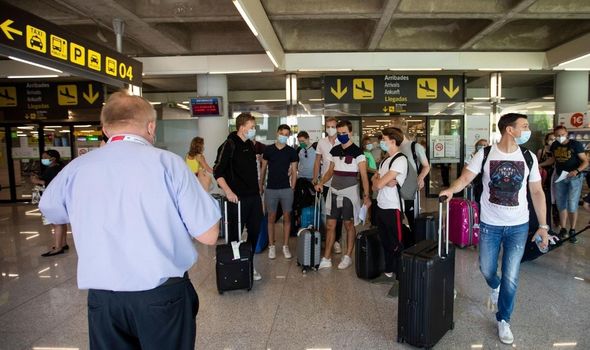 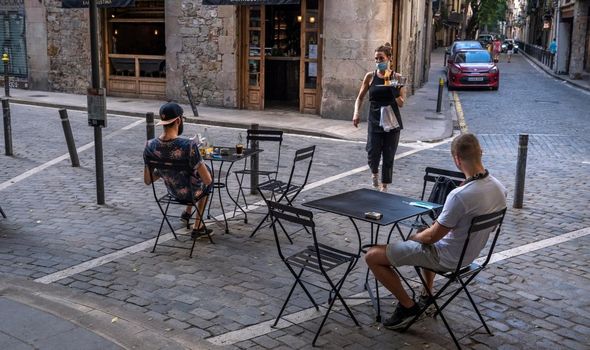 He said: “Germany is in free fall when it comes to tax revenues.

On Monday Germany’s Health Minister Jens Spahn tweeted: “We have to stop returnees from unwittingly infecting others and sparking new chains of infection.”

Germany has designated 130 countries as high-risk, including Turkey, Egypt and the United States.

But Mr Spahn later told ARD television’s Tagesthemen programme that the list would be reviewed daily, adding that he was worried about the uptick in Spain since so many Germans holidayed there.

Mr Braun had earlier said it would be harder to make up lost ground later. 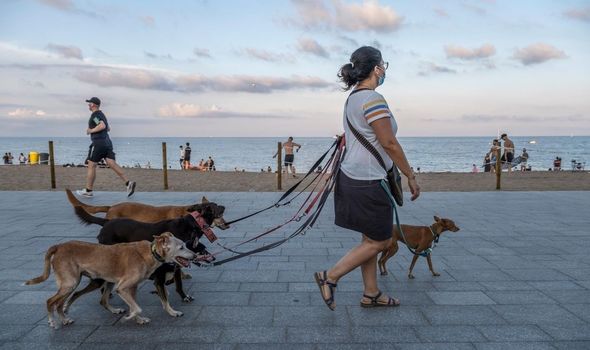 He said: “All the indications we have are that it is easier to keep infection numbers down in summer than it is autumn or winter.”

Meanwhile the Swedish Government has faced fierce criticism both at home and abroad for failing to order a full lockdown.

But Mr Bergqvist insisted that Stockholm’s handling of the pandemic was the right way to go.

He said: “From an economic perspective, Sweden chose the right path through the crisis.”