The Swedish Public Health Agency said there was insufficient data on whether the firm’s Covid jab is effective in older age groups. In an online statement, it said: “The European Medicines Agency judges that AstraZeneca’s vaccine is safe to use and provides a good immune response. “However, there is still no data on how effective the vaccine is in protecting against severe COVID-19 disease in the older age groups.”

The agency said it will revisit its decision “later in the spring” when there is more data available.

“Pending these additional data, the Swedish Public Health Agency has decided to recommend that AstraZeneca’s vaccine be used in people under the age of 65 in Sweden,” it said.

The decision comes after a similar French President Emmanuel Macron claimed the Oxford-produced jab is “almost ineffective” for the age bracket.

Germany has also advised against giving the vaccine to those over 65. 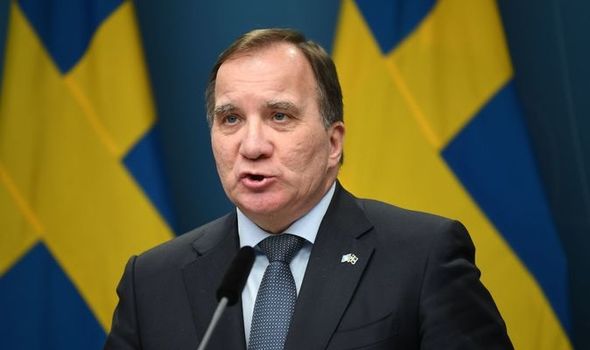 AstraZeneca has defended its jab against suggestions that it is ineffective for over-65s from European regulators.

Downing Street has also repeatedly defended its decision to press on with AstraZeneca’s jabs, which is key to Britain’s vaccination strategy.

Doses of the Anglo-Swedish firm’s jabs have only been authorised for use by the European Medicines agency – over a month later than Britain gave it the green-light.

She accused Britain of putting the health of its citizens at risk by issuing emergency authorisations for the use of jabs.

“Some countries started to vaccinate a little before Europe, it is true. But they resorted to emergency, 24-hour marketing authorisation procedures,” Mrs von der Leyen said.

“The commission and the member states agreed not to compromise on the safety and efficacy requirements linked to the authorisation of a vaccine.

“So, yes, Europe left it later, but it was the right decision. I remind you that a vaccine is the injection of an active biological substance into a healthy body. We are talking about mass vaccination here. It is a gigantic responsibility.”