The marathon talks between the European Parliament and European Council failed after national governments attempted to drive down the amount of money spent on green eco-shares and stop a move to share out subsidies more evenly. Irish agriculture minister Charlie McConalogue said: “Unfortunately it hasn’t reached agreement. There will be more discussions tomorrow morning, but the Council finished this evening without agreement and it will have to wait now until the next time the Council recommences.”

Negotiators had hoped to strike a deal this week with the talks already having dragged on for three years and missing multiple deadlines.

Brussels farming boss Janusz Wojciechowski said a deal had been “very close” this week and expressed hope that it could be reached by the end of the Portuguese presidency on June 30.

The EU commissioner tweeted: “We were very close to reaching an agreement this week.” 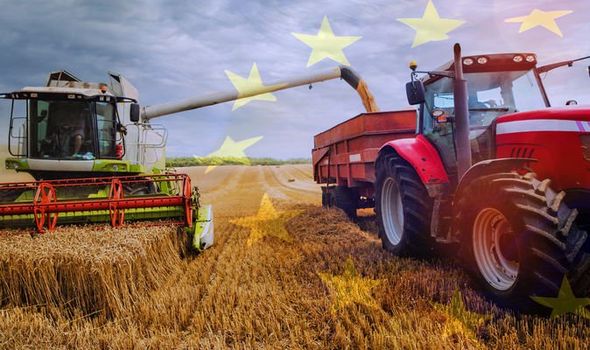 The main sticking point was how farming subsidies and work with the EU’s climate targets to cut emissions by 55 percent by 2030.

Member states had pushed to reduce the farming subsidies for so-called eco-schemes down to 25 percent from 30 percent.

They also demanded for “convergence” – a move to introduce a standard national payment rate instead of higher sums for certain land uses.

Farming ministers are expected to meet against for an informal summit in Lisbon in mid-June.

An EU diplomat told the Politico website: “Issues remain open and I think, from the Council side, the member states also need some clarity on what are the solutions that are to be accepted and what are the consequences.

“Therefore some more time is needed.”

The Parliament wants a fairer CAP in terms of distribution per hectare, with a cap on huge direct payments handed to large farms.

MEPs believe more cash should be redistributed to smaller famers.

Member states, including Ireland, want to give themselves as much leeway as possible to spread EU funds as they see fit.

They strongly rejected the position put forward by MEPs that would introduced forced mandatory caps.

In EU decision-making, both the Parliament and Council must reach an agreement before it can be signed off.