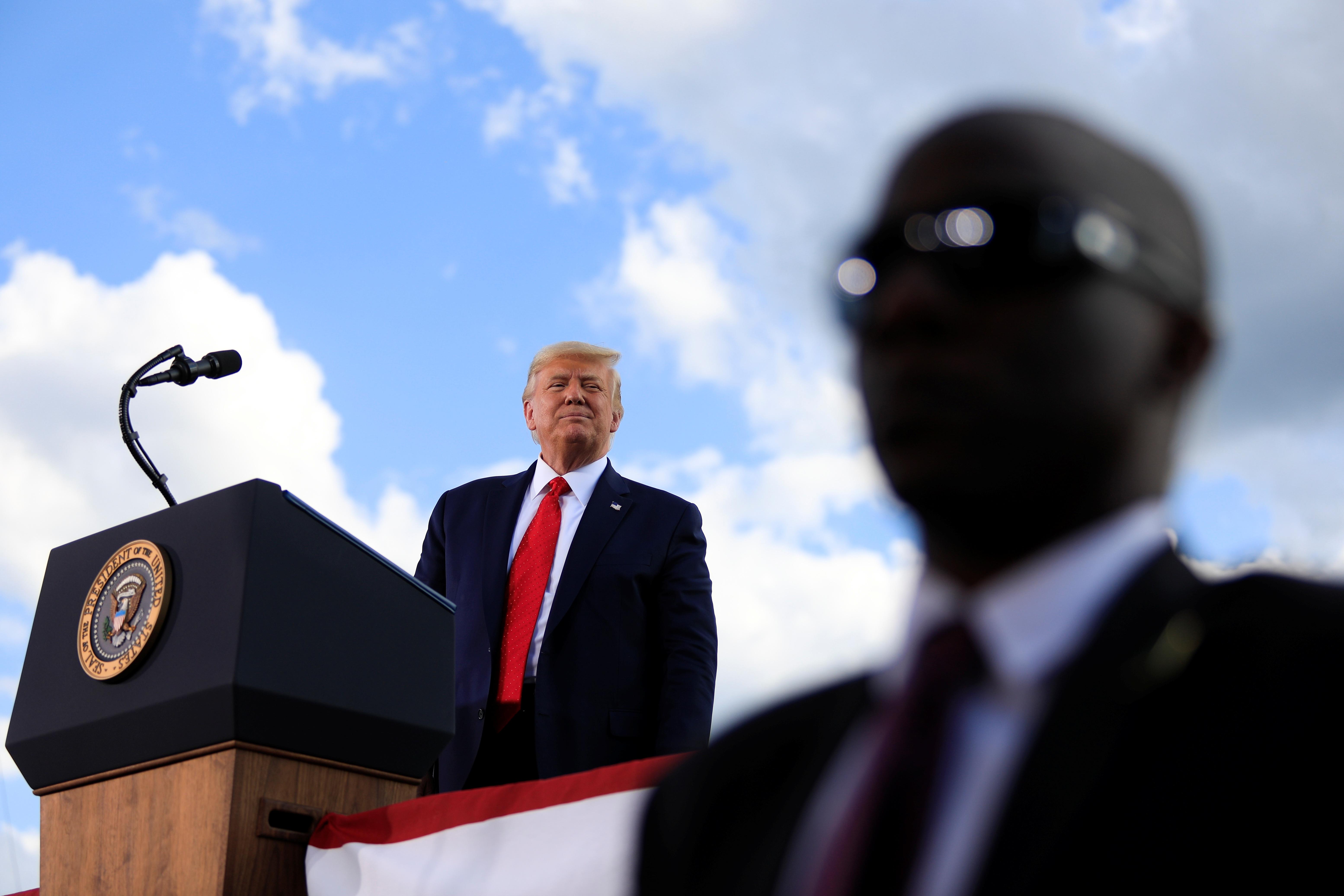 OSHKOSH, Wis. (Reuters) – U.S. President Donald Trump on Monday said he would accept the Republican nomination for a second term during a live speech at the White House next week, confirming plans that have drawn criticism from Democrats and even some fellow Republicans.

Trailing Democrat Joe Biden in opinion polls ahead of the November vote, Trump last week told the New York Post he would “probably” accept the Republican nomination from the White House lawn, calling it “a place that makes me feel good.”

The coronavirus pandemic has forced both political parties to overhaul their national conventions. Rather than an in-person gathering planned for Milwaukee, Wisconsin, Democrats this week have scheduled four nights of virtual speeches and events.

Speaking during a campaign swing through Oshkosh, Wisconsin, Trump criticized Democrats for pre-recording some speeches.

“We are doing a real speech on Thursday, next Thursday, so you will be listening live from the White House. We have plenty to say,” Trump said. His speech is scheduled for the final day of next week’s Republican convention.

Democrats have accused Trump of politicizing the historic residence. House of Representatives Speaker Nancy Pelosi, the country’s leading elected Democrat, said Trump would once again “degrade the White House” by using it for a political event.

Trump insists that his plans will not violate the 1939 Hatch Act, which bars government employees from using official authority to interfere with the outcome of an election, since it exempts the president.

But even if Trump were exempt, convention-related activities at the White House could still put other government officials at risk of violating the law, legal experts say.

Trump’s busy campaign schedule this week represents a break from tradition. Candidates from one party usually limit their activities during their rivals’ convention week.