Mr Williams was invited to ask Boris Johnson a question during PMQs and held the prime minister to account with his own words after he revealed Mr Johnson promised to always back Britain’s farmers during a visit to Wales in 2019. Mr Williams stated the proposed Australian zero-tariff deal would go against his promises to which an angry Mr Johnson rose from his seat to attack Mr Williams. The prime minister accused Mr Williams of having “no ambition” as he shouted and gestured across the dispatch box.

Speaking to the House of Commons during PMQs, Mr Williams was invited to ask the prime minister about the Australian trade deal.

He told the House: “In 2019 before visiting Wales, the prime minister said ‘I will always back Britain’s great farmers’.

“Now it looks as if he’s backing Australia’s farmers instead.

“So will he today keep to his word of backing Welsh farmers and permanently rule out tariff-free access for Australian lamb and beef imports?” 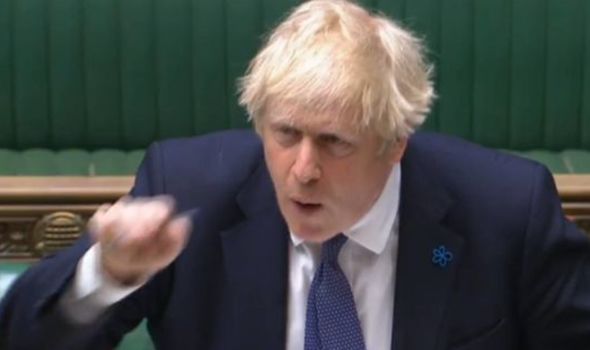 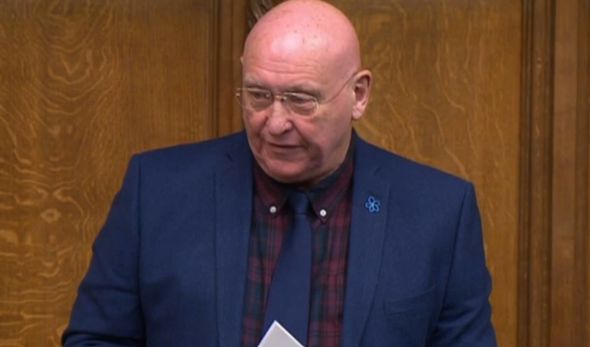 An energetic Mr Johnson rose to his feet to defend the Government and said: “I will back Britain’s farmers and Welsh farmers in exporting their fantastic lamb around the world.

“It’s a disgrace that not a single morsel of Welsh lamb has surpassed the lips of the Americans in the last 20 years or more.

“I do, this government does Mr Speaker, that’s why we’re getting on with our agenda.” 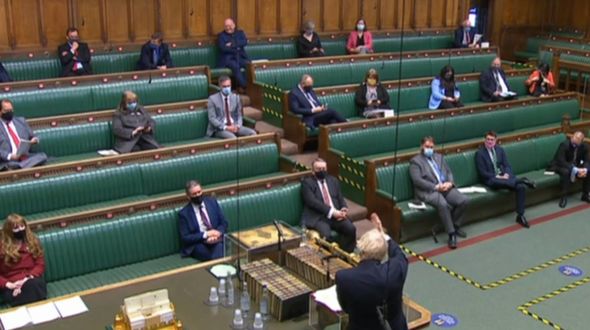 International Trade Secretary Liz Truss is seeking to sign a trade deal with Australia before the G7 summit in June.

It is reported she and the Government are looking for a zero-tariff arrangement that has rung alarm bells for British farmers.

It is expected the deal will mostly look at agricultural imports and exports with Australia already having a strong meat industry.

Some British farmers are concerned they may be priced out by cheaper and high-quality Australian beef, pork and lamb and have urged the Government to put in protections for them. 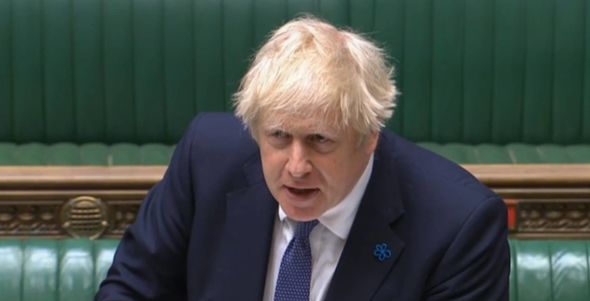 The Financial Times also reported an internal conflict over the deal has broken out with Ms Truss, Environment Secretary George Eustice and Cabinet Minister Michael Gove.

Mr Eustice is concerned of the impact the deal may have on British farmers and agriculture and has reportedly had “furious” conversations with Ms Truss.

Meanwhile, Mr Gove is concerned over the political ramifications of the deal and its potential to squeeze out Scottish and Welsh farmers from the sector.