President Biden and leading congressional Democrats have made the far-reaching bill a top priority, but some proponents believe it needs major changes. 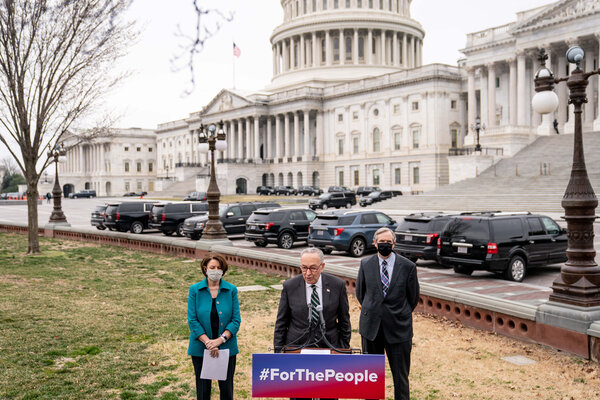 By Nicholas Fandos and Michael Wines

Democrats in Congress are quietly splintering over how to handle the expansive voting rights bill that they have made a centerpiece of their ambitious legislative agenda, potentially jeopardizing their chances of countering a Republican drive to restrict ballot access in states across the country.

President Biden and leading Democrats have pledged to make the elections overhaul a top priority, even contemplating a bid to upend bedrock Senate rules if necessary to push it through over Republican objections. But they are contending with an undercurrent of reservations in their ranks over how aggressively to try to revamp the nation’s elections and whether, in their zeal to beat back new Republican ballot restrictions moving through the states, their proposed solution might backfire, sowing voting confusion and new political challenges.

The hand-wringing demonstrates how urgent the voting issue has become for both parties since November, when President Donald J. Trump spread false claims of voter fraud that many Republicans believed. In the months since, Republican-led statehouses have advanced a wave of new laws clamping down on ballot access.

Democrats have coalesced around the idea that pushing back on such measures is a modern-day civil rights battle that the party cannot afford to lose. “Failure,” Senator Chuck Schumer of New York, the majority leader, said last week, “is not an option.”

But while few Democrats are willing to publicly say so, the details of the more than 800-page bill — which would radically reshape the way elections are run and make far-reaching changes to campaign finance laws and redistricting — have become a point of simmering contention. Some proponents argue that Democrats should break off a narrower bill dealing strictly with protecting voting rights to prevent the legislation, known as the For the People Act, from collapsing amid divisions over other issues.

“Democrats have a narrow opportunity. There is a window here that could close anytime,” said Richard L. Hasen, an election law expert at the University of California, Irvine. “I worry the kind of fights necessary to keep even the Democratic coalition together could blow up the whole thing and lose the chance to get anything done.” 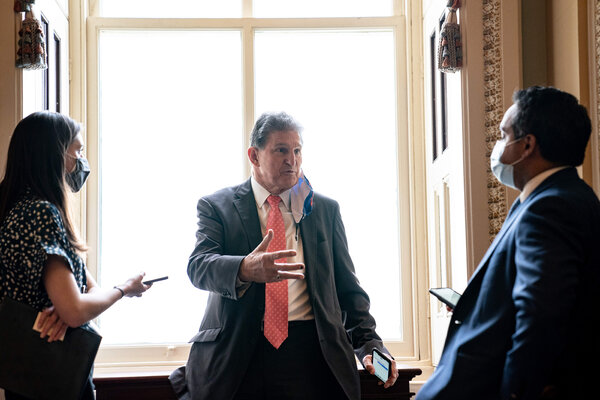 A broad coalition of Democrats and liberal advocacy groups insist that the measure should not be broken apart, arguing that now is the time for an ambitious overhaul. But with Senator Joe Manchin III, a conservative West Virginia Democrat, opposed to the measure in its current form, Democratic leaders and Mr. Biden face tough decisions in the coming weeks about whether they can wrangle all their members behind it more or less as is, or must consider striking a narrower compromise.

The margin for error is exceedingly thin: With Republican opposition unanimous, Democrats would not only need to hold all 50 of their senators together in favor of the bill but also persuade them to change the Senate rules to exempt it from the legislative filibuster, something Mr. Manchin and others have insisted they will not do under any circumstances.

“Right now, my focus is to keep this bill together as one package and get it through the committee,” Senator Amy Klobuchar, Democrat of Minnesota and the chairwoman of the Rules Committee, said in an interview.