With moderates balking, Speaker Nancy Pelosi was working to secure their support for the budget by committing to an eventual vote on the bipartisan infrastructure plan. 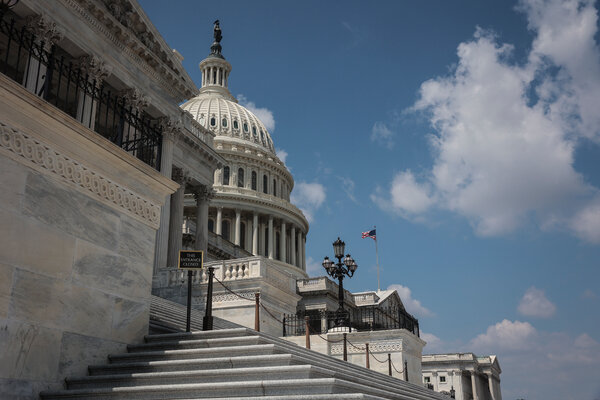 By Emily Cochrane and Jim Tankersley

WASHINGTON — Democratic leaders worked feverishly on Monday to cobble together the votes needed to push their $3.5 trillion budget blueprint through the House, facing an internal revolt from moderates who have vowed to block the measure until a $1 trillion bipartisan infrastructure measure is passed.

Approval of the budget plan would be a critical step for President Biden’s agenda, paving the way for the Democratic-led Congress to move quickly to enact an ambitious expansion of the nation’s social safety net over Republican opposition. But its fate was in doubt on Monday as divisions in the party flared, pitting a faction of conservative-leaning Democrats against the party’s progressive majority.

Several centrist Democrats have refused to move forward with the budget before the infrastructure package — the product of a bipartisan compromise that passed the Senate this month — clears Congress and becomes law.

Many progressive Democrats, for their part, have said they will not support the infrastructure measure until the broader budget plan — expected to include universal preschool, paid family leave, federal support for child care and elder care, expansion of Medicare, a broad effort to tackle climate change, and tax increases for wealthy people and corporations — is passed.

Speaker Nancy Pelosi was weighing a plan to tie both items together, coupling the budget blueprint with a vote that would allow the House to take up the infrastructure bill in the future, as well as move forward on a voting rights measure that has broad support among Democrats.

“We must not squander our congressional Democratic majorities and jeopardize the once-in-a-generation opportunity to create historic change to meet the needs of working families,” Ms. Pelosi wrote in a letter to colleagues on Monday. “The success of each bill contributes to the success of the other.”

On a day full of closed-door negotiations and frenzied phone calls, it was unclear whether the maneuver would win over the moderate holdouts and allow the budget to advance. In the narrowly divided House, Democrats can afford to lose only three votes if Republicans unanimously oppose a bill, as expected.