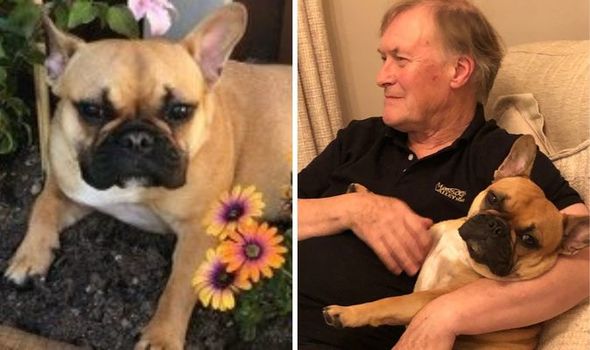 Conservative MPs Andrew Rosindell and Mark Francois took Sir David’s French Bulldog to the competition this morning. Three-year-old Vivienne was announced as the winner following a public vote and an assessment by judges.

The competition, which promotes responsible dog ownership, is run by The Kennel Club and Dogs Trust.

Sir David previously said of his pet: “Every time I walk into the room Vivienne throws herself at me, lies on their back with her legs in the air to be tickled.

“But before that she always brings a toy so she is of a generous, giving nature.

“If I am feeling down, the dog lifts my spirits as she is always pleased to see me and she makes me smile.”

On why she should be crowned Westminster Dog of the Year, he said: “Because she is an enthusiastic supporter of Southend becoming a city!

“Also, she is political royalty and wears a crown really well.”

The Southend West MP was stabbed to death during a constituency surgery in Leigh-on-Sea in Essex on October 15.

Sir David, who was a patron of the Conservative Animal Welfare Foundation, championed animal welfare issues.

The long-serving Conservative MP opposed the badger cull and backed a foxhunting ban.

Sir David was responsible for introducing the Protection Against Cruel Tethering Act in 1988 to protect tethered horses.

Sir David won the Dods Animal Welfare and Environment Award in 2011 for his work.

Many of the tributes that poured in for the Tory MP following his death referred to his passion for animal rights.

Carrie Johnson, the Prime Minister’s wife, who is also a patron of the Conservative Animal Welfare Foundation, described him as an “enormous animal lover”.