Areas of England with high cases of the Indian strain of the virus told residents to ignore guidance urging against unessential travel and to only meet friends and family outdoors. The Government has faced anger after it ushered out new guidance on its Gov.uk website late on Friday without an official announcement.

Bolton, Leicester, Kirklees, Bedford, Blackburn with Darwen, Burnley and North Tyneside were all on the list of areas given stricter guidance, alongside the London borough of Hounslow.

But local leaders have told the public they are free to continue to live life just as the rest of the country, claiming there is no basis for the stricter measures.

“To help stop the spread, you should take particular caution when meeting anyone outside your household or support bubble. 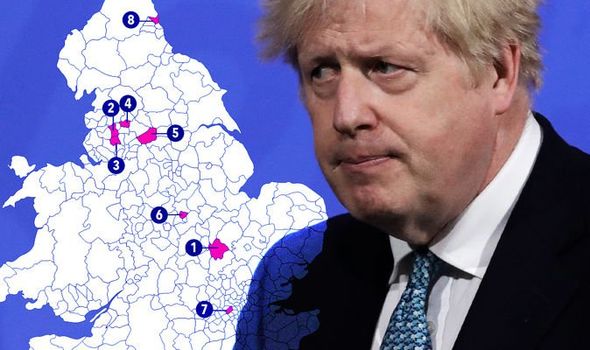 “In the areas listed, wherever possible, you should try to meet outside rather than inside where possible, keep two metres apart from people that you don’t live with (unless you have formed a support bubble with them).

“This includes friends and family you don’t live with, and avoid travelling in and out of affected areas unless it is essential, for example for work (if you cannot work from home) or education.”

This afternoon Leicester’s director of public health Professor Ivan Browne said “there is no justification for Leicester to be treated differently to the rest of the country”.

At a press conference, Bolton Council leader David Greenhalgh rejected suggestions people should not leave the town saying there was no need to “be cancelling holidays”.

A joint statement was issued by directors of public health in Burnley, Bedford, Blackburn with Darwen, Bolton, Kirklees, Leicester, Hounslow and North Tyneside added there were no legal restrictions in place.

It said: “Following the national coverage of recently revised guidance we have met with national officials and confirmed there are no restrictions on travel in or out of each of our areas: There are no local lockdowns. 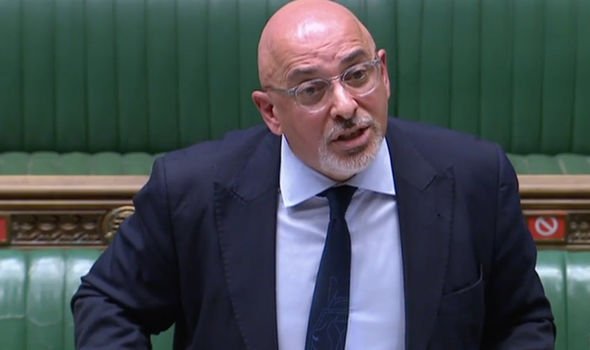 “In areas where the new Covid variant is spreading we are all working together to boost testing and vaccination and to support self-isolation.

“There are sensible public health precautions people can take as individuals in line with the sorts of advice we have all been following throughout the pandemic.

“We will keep sharing that and working with national officials to make sure people understand what they need to think about as they go about their daily lives.”

While the guidance has not changed, the statement following a meeting between national officials and the local authorities hints at a climb down from ministers over the matter. 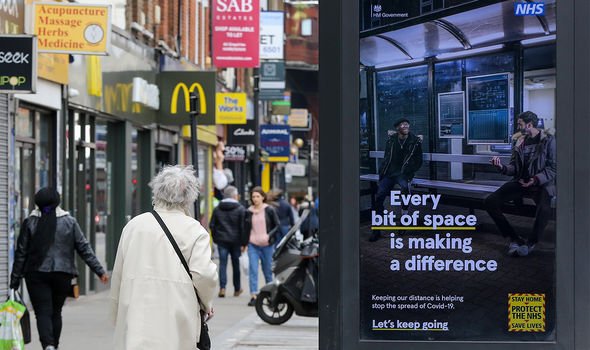 The Indian strain has been listed as a “variant of concern” by Public Health England, with unease over the rapid spread of cases.

While evidence shows two doses of a coronavirus vaccine is successful at combatting the variant, there are concerns it can still spread among those with just one jab.

Downing Street and vaccines minister Nadhim Zahawi defended the guidance to not meet indoors or leave the local area after Labour’s Jon Ashworth claimed the Government was seeking to bring in “local lockdowns by stealth”.

Mr Zahawi told the Commons: “As the Prime Minister set out two weeks ago we’re urging people in these areas to take extra caution when meeting anyone outside their households or support bubble, including meeting outside rather than inside where possible, keeping two metres apart from people you don’t live with and that people should try to avoid travelling in and out of the affected areas unless it is essential.”

At a coronavirus press conference earlier this month, Mr Johnson urged the public to be careful in areas where the India variant was spreading, but did not say travel should not take place unless essential.

Despite the change in guidance in areas where the India variant is spreading, Mr Zahawi said the data continued to look good for lifting restrictions at a national level on June 21.

He said: “As the Prime Minister said, we want the whole country to move out of these restrictions together and we’re trusting people to be responsible and to act with caution and common sense as they have done throughout this pandemic and to make decisions about how best to protect themselves and their loved ones.”