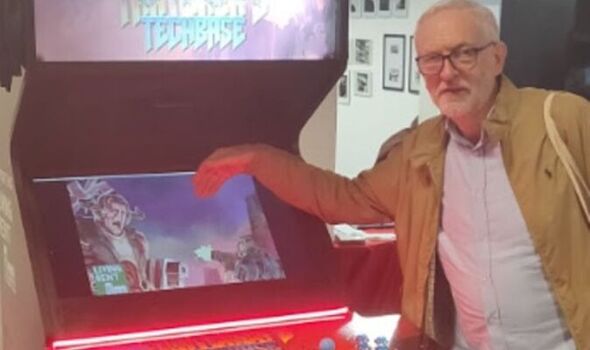 Mr Corbyn played the game Thatcher’s Techbse at The World Transformed, which is a festival of “radical politics, art and culture” on Monday.

The game’s creator Jim Purvis took photos of Corbyn playing the arcade shooter, and shared on Twitter that he “liked the game”.

An Arcade Edition for Thatcher’s Techbase debuted at the festival to raise money for Living Rent, an organisation that campaigns for “safe, secure and affordable housing for everyone”.

The game tasks players with grabbing “a high score against CyberThatcher’s hordes on real arcade hardware”. 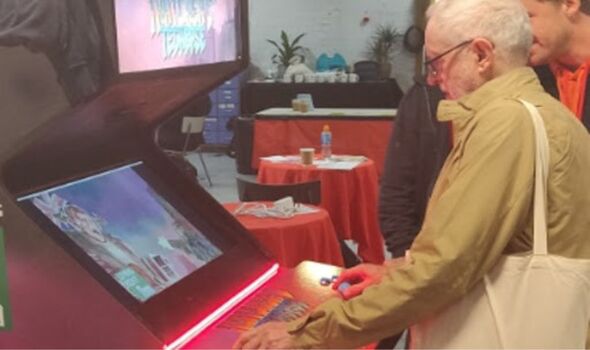 Creator Jim Purvis told NME: “I’m from a town called Coatbridge – just outside Glasgow – that was badly affected by Thatcher’s infamous policies on heavy industry and social housing in the 1980s.

“I was born the year Thatcher left office, but her presence was felt throughout my childhood and even into my twenties and thirties.”

“Almost everyone I know was affected by the decisions of the Thatcher government in some way or another, and we’re still seeing her ghost all over the place in our current socio-political situation”.

He added: “She was a satanic figure in Scottish culture well before I turned her into a cybernetic demon.”