Jacob Rees-Mogg hit back at SNP requests for more funding, after a Scottish MP criticised the Government’s late decision to scrap the Autumn Budget this year because of the pandemic. The SNP’s Tommy Sheppard took aim at the UK’s “perilous finances” as he urged more “powers and money” for Nicola Sturgeon’s administration north of the border. The Leader of the House rebuked this claim, saying it was “worth reminding” the SNP that the UK taxpayer had already sent £6.5billion to Scotland in recent weeks.

The SNP’s Commons Business Spokesperson said that “it would be beneficial to have a coordinated four-nation response”.

He added: “There needs to be consideration as to whether the powers and money available to the devolved administration is sufficient to deal with the crisis.

“I can appreciate that the UK’s finances are in such a perilous state that it may be problematic to discuss it in public but keeping a problem secret isn’t going to make it go away.”

JUST IN: SNP caves in: Nicola Sturgeon HUMILIATED as party forced to row back 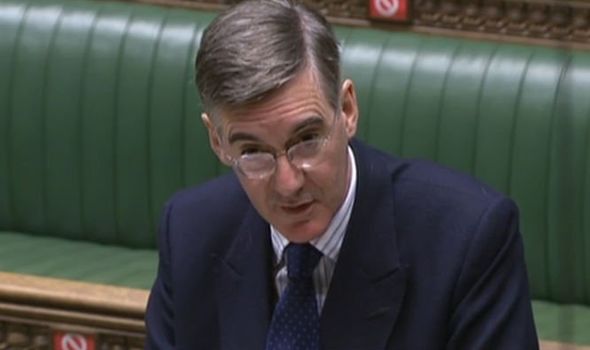 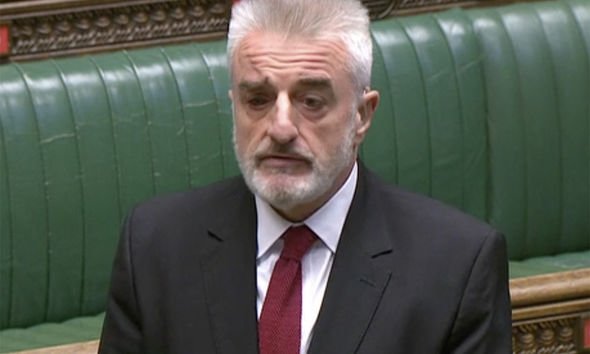 Mr Sheppard said that the delay to the Autumn Budget meant that devolved administrations are “unable to set and plan their own budgets, and given the crisis of COVID-19, this is a less than desirable situation”.

Mr Rees-Mogg hit back: “It is worth reminding him that £6.5billion has gone from the UK taxpayer to Scotland

“The UK taxpayer does include Scotland for the time being.

“We are still a United Kingdom I’m glad to say and may it remain so forever.” 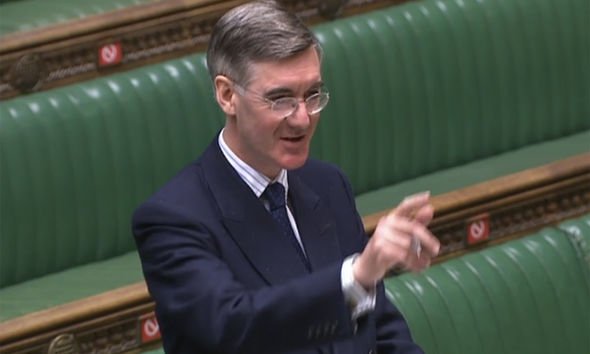 The Leader of the House received huge cheers from the DUP and Tory benches following this remark.

Mr Rees-Mogg continued: “I’m glad to say that money is going where it is needed because of the strength of the United Kingdom.”

This comes after Nicola Sturgeon’s astonishing claim blaming the “financial limitations” imposed on Scotland for the decision to have a hospitality curfew. 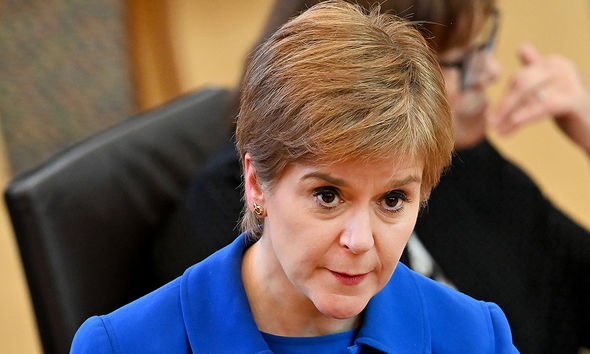 She told her daily coronavirus briefing on Wednesday: “As I said yesterday if the Scottish Government had the power to borrow money, or to extend the furlough job retention scheme so that we could mitigate the impact on jobs, it is very possible perhaps even likely, that we would have reached a different decision yesterday on hospitality.

“When we went as far as we could, within the powers that we have.

“And that is that we mustn’t be hamstrung in essential public health decisions by the lack of necessary, economic mitigations.”

A Treasury spokesperson responded to these claims by telling Express.co.uk: “Since the beginning of the pandemic the UK Government has provided billions of pounds of support both to the devolved administration in Scotland and directly to Scottish businesses and workers.

“We have given the devolved administration in Scotland an additional £6.5billion to cope with the pressures of the pandemic and we are supporting nearly half a million jobs in Scotland, down from a high of more than 930,000 at the end of July.”