Champ, who was the family’s cherished companion, “died peacefully at home,” President Biden and the first lady said. 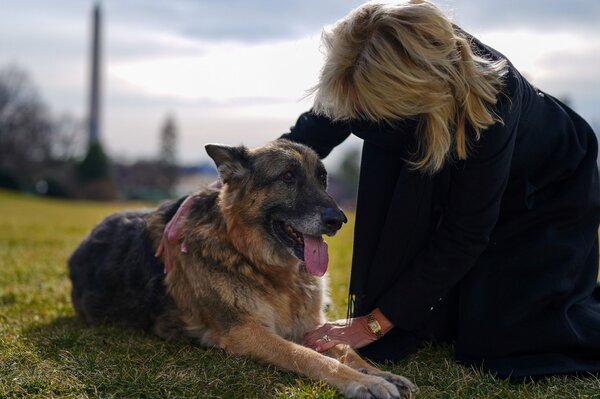 Champ, a German shepherd who helped restore the time-honored presidential tradition of having a pet at the White House, died on Saturday.

Champ was 13, and “died peacefully at home,” President Biden and Jill Biden, the first lady, said on Twitter.

“In our most joyful moments and in our most grief-stricken days, he was there with us, sensitive to our every unspoken feeling and emotion,” they said. “We love our sweet, good boy and will miss him always.”

The Biden family’s other German shepherd, Major, began roaming the White House in January, after a four-year hiatus of pets in the executive residence during the presidency of Donald J. Trump.

Major was recently sent for training after a series of biting episodes.

Mr. Trump was the first president in more than a century not to have a pet of any kind, Andrew Hager, the historian-in-residence at the Presidential Pet Museum, said.

The Biden family got Champ in 2008 from a breeder after Mr. Biden was elected vice president, according to Politico. The Bidens named the puppy Champ in a tribute to Mr. Biden’s father, who would tell his son, “Get up, champ,” when life was challenging.

Champ was a gentle dog who as a puppy chased golf balls on the front lawn of the Naval Observatory and loved running after the Bidens’ grandchildren, the Bidens said.

As he grew older, he would curl up at the Bidens’ feet in front of a fireplace.

“Even as Champ’s strength waned in his last days, when we came into a room, he would immediately pull himself up, his tail always wagging,” the Bidens said. “Everything was instantly better when he was next to us.”