Boris Johnson has begun this new term starting as he means to go on.

From the manifesto-breaking tax rise to pour billions into the NHS and social care to his quite substantial cabinet reshuffle on Wednesday, this is a prime minister trying to move beyond COVID crisis mode to the business of government and getting on with reform.

For the past 18 months, Mr Johnson and his top team has been embroiled in a health, economic and social crisis, firefighting a pandemic. Over the past 10 days, the prime minister has clearly signalled that he is determined to move on from COVID, and reset an administration that has yet to really get going.

In July, it was described to me by one very senior Number 10 figure as a “six month” reset as the country and government moved on from COVID on to new priorities. The reshuffle was expected to be later in the autumn. But Mr Johnson has come back into Number 10 this term turbocharged.

And the very clear theme in this reshuffle is that of rebooting the prime minister’s domestic agenda, with three key briefs changing hands: education; housing and communities; and the judiciary – being given to ministers that the prime minister hopes will deliver real reform.

He made his big roll of the dice of health and social care last week, betting that the public would forgive him a tax rise for millions of workers in return for pouring more money (£36bn over the next three years) into the NHS and social care.

Wednesday was, if you like, a continuation of this theme. While the financial details will have to wait until the Spending Review and Budget on 27 October, the change in personnel signalled intent.

On education, the prime minister promoted Nadhim Zahawi, a former businessman who has impressed as vaccines minister to inject some impetus into education. His first big battle will come pretty imminently with the Treasury as he attempts to secure billions of extra funding for education. 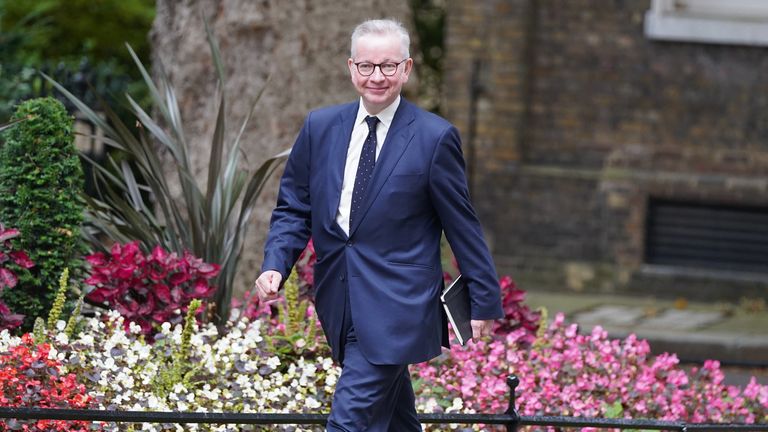 Mr Johnson’s now departed education tsar – Gavin Williamson – asked for £15bn over the summer only to be allocated £3bn in total for the COVID catch-up budget. School leaders kicked off the autumn term insisting they need £5.8bn more.

On communities, housing and local government, he shuffled the renowned cabinet reformer Michael Gove into position, with “cross government responsibility for levelling up and the Union” as well as being tasked with housing reforms that bedevilled and defeated his now departed predecessor Robert Jenrick. And he promoted Steve Barclay, the former Brexit secretary and chief secretary to the Treasury to Mr Gove’s old post in cabinet office, again with a remit to focus on levelling up.

When I caught up with Mr Barclay having his picture taken outside his new department today he told me just that: “We want to deliver reform, we’ve got a huge agenda in terms of levelling up, the Union and insuring post-COVID we take the innovations from COVID and drive them through government.” And then on justice, Dominic Raab has been brought in – reluctantly – to both deal with the backlog of the courts system and work out how to handle the question of judicial review.

There is then, clear policy impetus – and obvious challenges too, be those political ones in his party over housing reform or financial ones between his ministers and a Treasury not minded to hand out more cash.

But there is political intent here too. This is a prime minister oozing confidence and a sense of his own power. 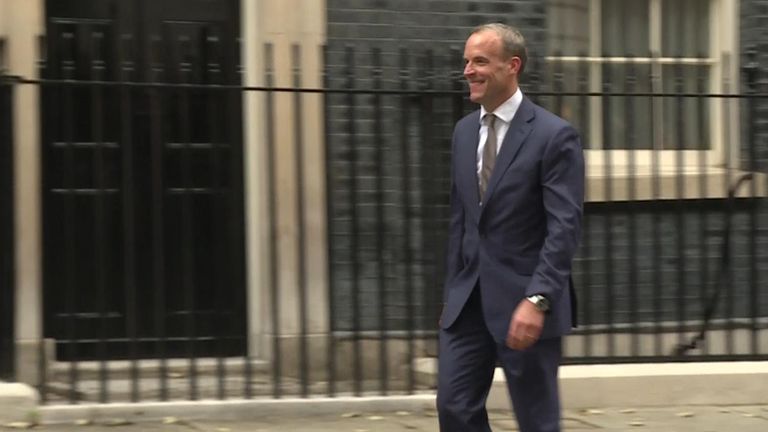 He has sacked Robert Buckland, who is the last real One Nation Tory in his cabinet. He has sacked Gavin Williamson, the once powerful chief whip and a politician whom colleagues would say is definitely better having on the inside than out.

This was a prime minister today who, in the words of one of his colleagues, was “cordial but clinical”. “It was a butcher’s yard.”

There’s no doubt his success in driving the health and social care tax levy through the backbenches has emboldened the prime minister but he knows all too well that shuffling the deck always carries risk as the swell of discontent grows.

But in the past 10 days, he has clearly defined what he wants from his government. The question is whether he can deliver it.