The Prime Minister’s chief strategy adviser left Number 10 yesterday following a bitter power struggle. But they also insisted the announcement of the exit of Mr Cummings, who masterminded the Vote Leave campaign in the run up to the 2016 EU referendum, did not signify any softening in the British stance in the trade negotiations with the bloc. Some MEPs claimed the changes in Downing Street showed that the Prime Minister was poised to abandon key red lines on fishing and regulation to secure a trade deal with Brussels.

In response, the Prime Minister’s spokesman said: “That is simply false. The Government’s position in relation to the future trade agreement negotiations is unchanged.”

Mr Cummings yesterday confirmed to the BBC that he was sticking to a promise made in a blog written at the beginning of this year that his work in Downing Street would only last around 12 months.

He also denied threatening to quit in the row over the appointment of a Chief of Staff in Number 10 that led to the resignation of communications chief Lee Cain.

Cabinet minister Grant Shapps yesterday said Mr Cummings’ departure coincided with the Government moving to a “new phase” as the country’s transition out of the EU concludes next month. 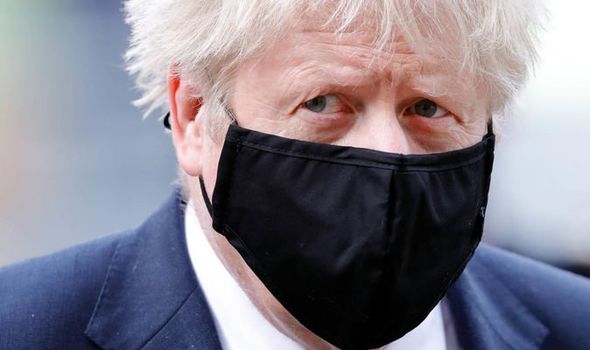 The Transport Secretary said the adviser “will be missed” but added: “advisers do come and go”.

Mr Shapps said: “As he wrote right at the beginning of the year in his own words, he planned to make himself largely redundant this year with the big thing that he worked on, of course, which was Brexit, coming to an end at the end of the transition period, which is December 31.

“Of course, the other big thing is helping to ensure we have the roll-out mass testing to defeat this virus. Both these things are on the near-term horizon now.

“He will be missed but then again we’re moving into a different phase and Brexit will be, we’ve already left Europe, but the transition period will be over and things move on and advisers do come and go.”

Some Tory MPs welcomed news of Mr Cummings’ departure, suggesting the change was an opportunity for a fresh start for the Government.

Former Cabinet minister Theresa Villiers said: “Clearly there are concerns about the dismissive attitude sometimes shown by Lee Cain and Dominic Cummings towards people in Government and MPs on the backbenches. 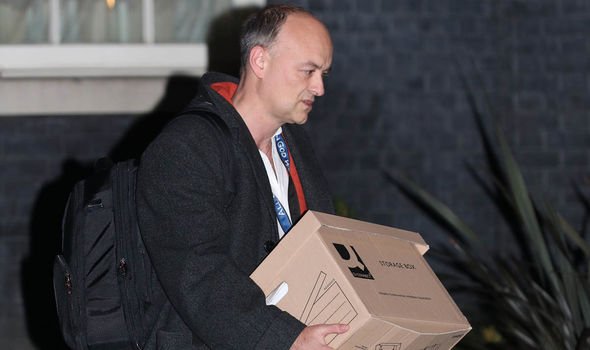 “And this is an opportunity to move on from that and to have a more collaborative approach.”

Tory MP Sir Bernard Jenkin, chairman of the influential Commons Liaison Committee of senior backbenchers, said: “It’s an opportunity to reset how the Government operates and to emphasise some values about what we want to project as a Conservative Party in Government.

“I would suggest there are three words that need to become the watch words in Downing Street – they are respect, integrity and trust.

“Certainly in the relationship between the Downing Street machine and the parliamentary party there’s been a very strong sense that has been lacking in recent months.

“Now we hope the Prime Minister will choose people around him who will help him restore that relationship.”

He added: “I’m not surprised in a way that it is ending in the way it is. No prime minister can afford a single adviser to become a running story, dominating his Government’s communications and crowding out the proper messages the Government wants to convey. Nobody is indispensable.”