There is a “risk of serious disruption and delay” at Channel crossings delivering the majority of the UK’s fresh food once the Brexit transition period expires at the end of the month, MPs have warned.

The PAC has accused the government of “taking limited responsibility” for the nation’s preparedness as the clock ticks down towards the deadline. “We remain extremely concerned about the risk of serious disruption and delay at the short Channel crossings,” the committee said, noting these routes are the delivery point for the majority of the country’s fresh food supplies.

“Industry bodies have said that government has not provided key information needed by businesses to prepare, such as detailed guidance on how to apply for simplified customs procedures.”

British and EU negotiators have been continuing talks this week, although both sides have signalled there are still sticking points to be ironed out.

With issues such as fishing and state aid still causing problems, leaders have warned time is running out to reach a deal.

PAC chairwoman Meg Hillier has expressed concerns about the situation, saying she hoped the country is not “facing another catastrophe at the border in four weeks’ time”.

“In 12 reports on preparations for EU exit since the 2016 vote, the PAC has repeatedly raised concerns about the readiness of key border systems and been assured that they are on track or that delays are being managed,” the Labour MP said.

“And yet, with a few weeks to go, border systems remain in development and plans for managing disruption or prioritisation of key goods are unclear.” 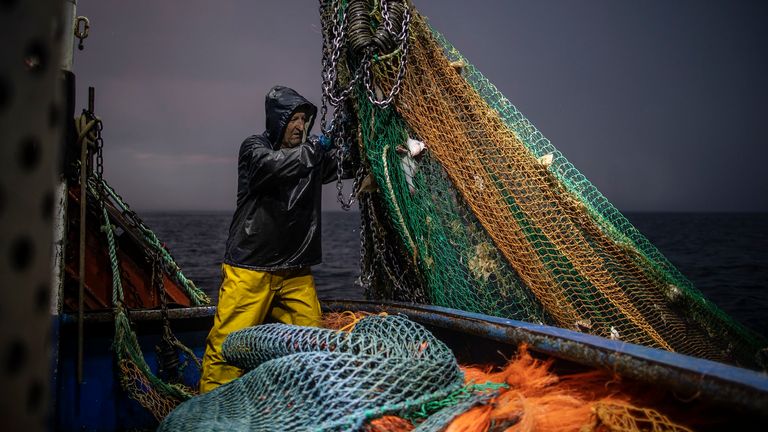 She also mocked the prime minister’s pledge at the last general election that he had an “oven-ready” Brexit deal, saying: “We have more of a cold turkey and businesses and consumers do not know what to be prepared for.”

The report concluded Brexit preparations and the COVID-19 pandemic response had exposed “critical gaps in the civil service’s approach to planning, particularly for unexpected events or undesired outcomes”.

It also found too much money was being spent on consultants on tasks that could be “better done by civil servants”.

The committee has now called for a formal review into the whole period of preparation.

A UK government spokesperson said: “We are making significant preparations to prepare for the guaranteed changes at the end of the transition period including investing £705m in jobs, technology and infrastructure at the border and providing £84m in grants to boost the customs intermediaries sector.

“This is alongside implementing border controls in stages so traders have more time to prepare.

“With less than one month to go, it’s vital that businesses and citizens make their final preparations too.

“That’s why we’re intensifying our engagement with businesses through the Brexit Business Taskforce and running a major public information campaign so they know exactly what they need to do to get ready.”