The International Trade Secretary wants to make exporting the premium tipple cheaper by axing tariffs. Britain and Australia are in the final stages of negotiations on new trading terms and want to have an agreement signed off within weeks. A source close to Ms Truss said: “This is why we left the EU – to do deals like this and benefit key industries like whisky. Liz is locked in intense negotiations to get a deal over the line that will boost Scotland and all the whole United Kingdom.”

The Cabinet minister is pushing for the five percent tariff on Scotch exports to be axed and stronger legal protections for the product.

Scotland’s whisky trade accounts for one fifth of all UK food and drink exports.

Ms Truss said: “A UK-Australia trade agreement would be significant for Scotch whisky and the Union. Part of the promise of leaving the EU was striking deals with countries well beyond Europe, opening new opportunities for iconic British goods like Scotch overseas.

“I am fighting hard to get these tariffs cut and secure a deal that benefits producers in Scotland and helps the whole of the UK.”

Australia is the eighth biggest market for Scotch exports and was worth £113 million last year.

The Scotch Whisky Association said Australia is a prime market for premium single malts and a tariff cut would help boost sales and support distillers. 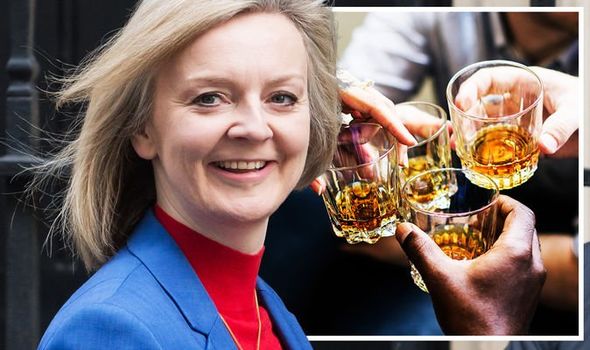 Karen Betts, chief executive of the Scotch Whisky Association, said: “Over the past decade, exports of Scotch Whisky to Australia have almost doubled but have been subject to a five percent tariff. The removal of this tariff as part of the UK-Australia FTA will help to boost growth in the industry’s eighth largest global market.

“We look forward to further progress on a deal that will be good for Scotch, good for the UK, good for Australia, and good for free trade.”

Ministers estimate that an ambitious free trade agreement could increase UK exports to Australia by up to £900 million. 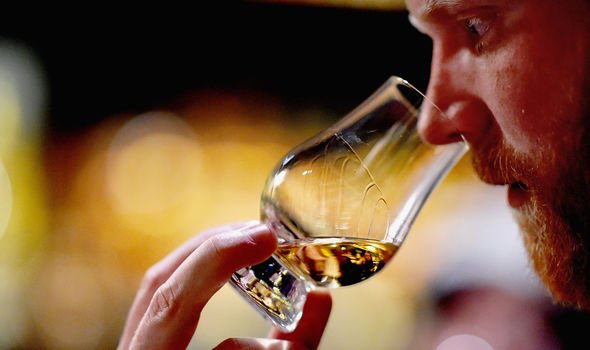 The county was Britain’s fifth largest trading partner in 2019, with total trade between the nations worth £18.8 billion in 2019.

It comes as 11 countries, including Australia, Japan and New Zealand, agreed to begin talks on allowing the UK to join their trading agreement.

The Comprehensive and Progressive Agreement for Trans-Pacific Partnership, which cuts tariffs on 95 percent of goods between members, will “shift our economic centre of gravity away from Europe towards faster-growing parts of the world”, Ms Truss said.