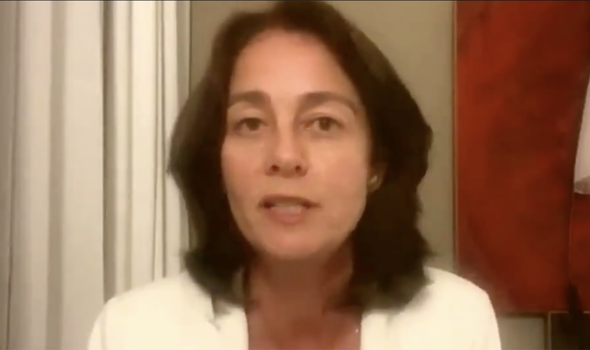 The European Parliament Vice-President appeared on BBC Newsnight to savage the UK’s plans for Brexit. Her comments came shortly after the House of Common’s passed the controversial Internal Market bill with an overwhelming majority of 77.

Ms Barley claimed Brexiteers are “trying to blame the EU” for complications in leaving the trade bloc.

She also savaged MPs backing to leave the union, saying they cannot ”deliver a Brexit that doesn’t change anything, doesn’t cost anything and is easily done”.

She added: “The Brexiteers promised something that they cannot deliver.”

One user said: “So she’s basically saying that the EU will punish Britain, even if they have to hurt themselves more doing it.”

“All we are trying to do and will do, is regain our independence.

“Why can’t they just let us go in peace?”