British holiday-makers and traders faced up to six-hour long queues on the approach to the Port of Dover on Friday, July 22. The port declared a “critical incident” as travellers heading off for the school summer holidays faced four-mile-long queues on the M2.

The Port of Dover and the UK Government blamed the delays on France, saying they did not have enough border control staff and the organisation was “woefully inadequate”.

Foreign Secretary and Tory leadership hopeful Liz Truss said the delays were “unacceptable” and the situation was “entirely avoidable”.

She said: “We need action from France to build up capacity at the border to limit any further disruption for British tourists.” 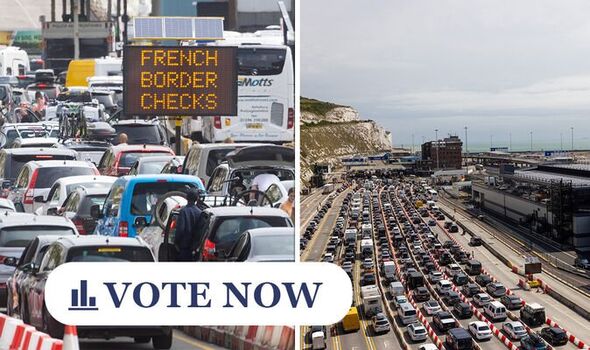 Labour MP Nick Thomas-Symonds accused the Government of being “absent” as gridlock continues.

The shadow secretary of state for international trade told Times Radio: “What we really do need to see is a Government that is taking a grip of this situation.”

He also hit out at the Tory leadership race claiming:  “They’re now contained once again, in their own infighting whilst we have something like this critical incident we’ve been discussing in Dover where their focus is elsewhere.”

Yet some argued that the disruption was a result of the UK’s decision to leave the European Union six years ago.

Pierre-Henri Dumont, Republican MP for Calais, said that problems at the port would reoccur “because of Brexit”.

He told the BBC: “This is an aftermath of Brexit. We have to run more checks than before.”

He also said the Port of Dover was “too small” and there were not enough kiosks.

Lord Andrew Adonis tweeted that the queues amounted to a “Brexit dividend”.

While travel journalist Simon Calder told Sky News: “Since Brexit it’s been necessary to have every single passport stamped at Dover.” 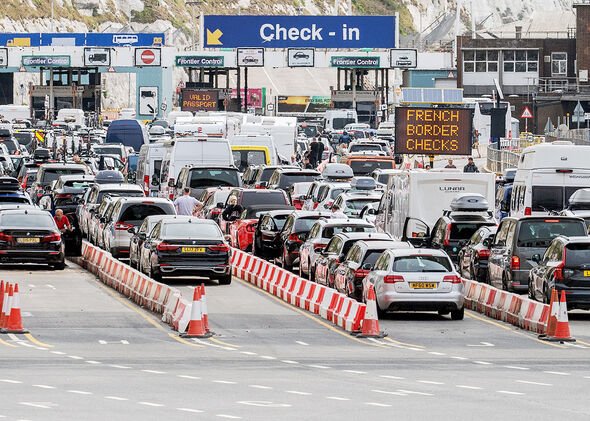 He added: “As a result of that everything takes much longer”.

Jack Cousens, AA roads policy chief, said drivers could expect disruption and delays on major holiday routes to the south-west, eastern coast and when approaching the ports of Dover and Folkestone.

He said: “While many have decided to go at the start of the summer holidays, between now and the beginning of September when schools return, each Friday and Saturday will be busy on our roads.”

So what do YOU think? Is Brexit to blame for Britain’s holiday chaos? Vote in our poll and leave your thoughts in the comment section below.