The EU offered to drop plans for an EU office in Belfast during the EU-UK Joint Committee yesterday. Instead, the bloc will seek to instal officials at ports and Belfast International Airport in order to check goods. An official at the EU-UK Joint Committee told RTE the new ideas on Northern Ireland were a “turning point” for the struggling talks.

The Northern Ireland protocol in the Withdrawal Agreement has been a contentious issue throughout the trade talks in order to prevent checks on goods at the Irish border.

Michael Gove, who met European Commission Vice President Maros Sefcovic for the meeting, previously said it was “not necessary” for the EU to keep a Belfast office.

After the meeting, Mr Sefcovic said: “This morning we showed the constructive spirit and we will redouble our efforts, intensify the frequency of discussions between now and mid-November when I hope we can meet (Mr) Gove again.” 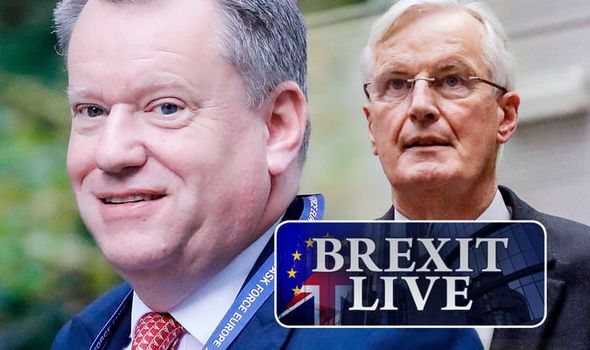 It comes as Mr Barnier vowed to “intensify” talks after in another change of heart as Mr Gove warned further talks would be “meaningless” without the EU backing down over its demands.

He said: “The conclusions of that council reaffirmed the EU’s original negotiating mandate, they dropped a reference to intensive talks that has been in the draft and they declared that all, all future moves in this negotiation had to be made by the UK.”

Mr Frost added: “But the EU still needs to make a fundamental change in approach to the talks and make clear it has done so.”