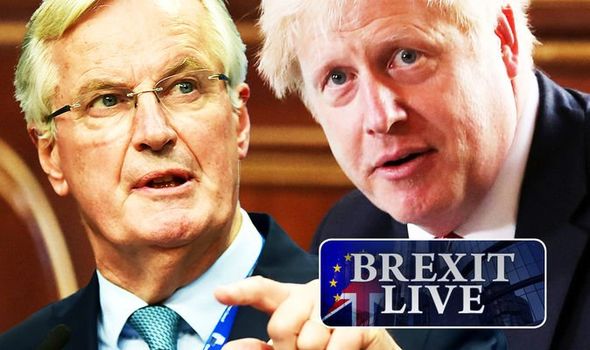 With the UK facing economic chaos due to the pandemic, with another devastating lockdown beginning yesterday, campaigners have demanded Brexit’s final step be pushed back.

Steve Bray, known as the ‘Stop Brexit Man’ due to his loud protests in Westminster, said on Twitter: “Lockdown until December 2nd. Furlough until March.

“Absolutely disgusting disrespect for the UK and citizens not to extend the Brexit transitional period in an agreement with the EU. Millions of us are paying the price for this corrupt, dishonest government.”

And yesterday Anna Soubry, who campaigned ferociously to block Brexit even after the UK voted in favour, said yesterday: “Yet more evidence to support why we should extend the transition period.

There is a “50/50” chance that Britain and the European Union will be able to reach a deal over the terms of Britain’s exit from the bloc, EU Internal Market Commissioner Thierry Breton said this morning.

“We are extremely clear on the conditions and the access to our European market,” he told France 2 television, who also said Britain had more to lose than the EU in the event that talks broke down and resulted in a “no-deal” Brexit.