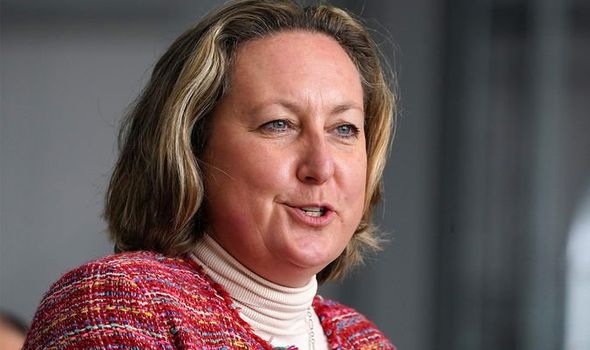 The minister held talks with her New Zealand counterpart as she looks to clinch the deal.

The UK has been eager to seal a trade agreement with Aukland for months now but has so far been unable to finalise terms.

Taking over from Liz Truss in the trade brief following Boris Johnson’s Cabinet reshuffle in September, Ms Trevelyan has sought to carry on her predecessor’s work.

After holding talks this morning, the Trade Secretary said the two sides were on the cusp of an agreement.

She said: “Good to speak with my New Zealand counterpart Damien O’Connor today.

“We’re getting close to a UK-NZ trade deal that benefits both countries and all parts of the UK.”

Britain and New Zealand already do over £2.3billion of trade each year, with the value set to grow significantly once a free trade deal is agreed.

The UK had originally been hoping to get the deal over the line by Easter this year but failed to make a breakthrough within the tight window.

The Government then announced it was looking to agree a deal in principle by the start of September.

However, deadlock over areas such as digital and financial services as well as mobility meant that target was also missed.