Armed Royal Navy boats are being prepared to patrol the UK’s fishing waters in an apparent final warning shot to Brussels as negotiations enter the final 48 hours.

Four of the 80-metre vessels are on standby to guard British waters from EU fishermen in case no deal is agreed on fishing rights after the Brexit transition period ends on 31 December.

The Ministry of Defence, confirming the move, said the deployment of the boats had been agreed as part of planning for the end of the transition period. 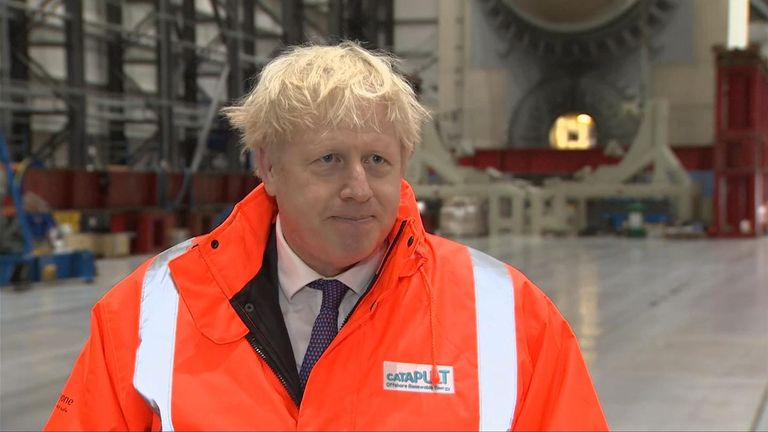 According to The Times, patrol powers will be beefed up with Navy officers allowed to board foreign vessels and arrest fishermen if no deal is reached.

Fishing has been one of the sticking points in talks, which are fast approaching their end on Sunday with both sides saying no deal is likely.

Access to each other’s waters will end next year, although Brussels has called for the current terms to continue for 12 months – a request that appears to have been rejected.

Tory MPs have urged Boris Johnson to ensure UK waters will be protected if talks collapse.

Shrewsbury and Atcham MP Daniel Kawczynski tweeted: “In the event of no deal with EU on Sunday we must receive absolute guarantee from Boris Johnson that British naval forces will be deployed from January 1 to prevent illegal French fishing in our waters.”

On Friday, the prime minister met senior minister Michael Gove, who is responsible for Brexit planning, and other officials to “take stock” of the government’s plans for a no-deal exit.

Talks are set to continue throughout the weekend, although European Commission president Ursula von der Leyen confirmed on Friday the two sides had “not yet found the solutions to bridge our differences” on fisheries.

She urged the government to “understand the legitimate expectations of EU fishing fleets built on decades, and sometimes centuries, of access”.

Meanwhile, Mr Johnson said he was “hopeful” progress could be made.

“But I’ve got to tell you, that from where I stand now… it is looking very, very likely that we will have to go for a solution that I think would be wonderful for the UK, and we’d be able to do exactly what we want from January,” he said.