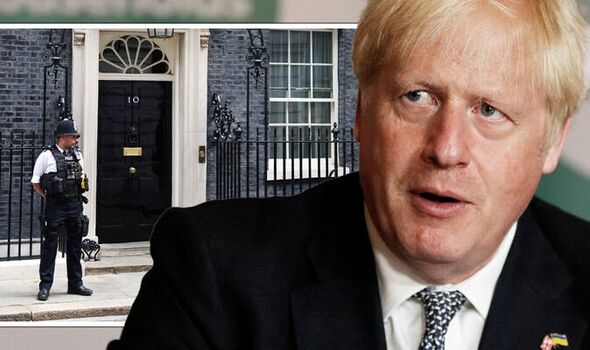 The House of Commons privileges committee today unveiled new details of its inquiry into whether Mr Johnson lied to Parliament over what he knew about lockdown gatherings in Downing Street during the pandemic.

Answering questions in Parliament earlier this year, the Prime Minister insisted “all guidance was followed completely in No10”.

In a separate outing at the dispatch box, he added: “I have been repeatedly assured since these allegations emerged that there was no party and that no Covid rules were broken.”

Questions were raised over whether Mr Johnson had told the truth after he received a fine from the Metropolitan Police and pictures of him drinking alcohol with others were released in a civil servant’s report into the matter.

He will be summoned to give evidence under oath when MPs return from their summer recess.

MPs on the committee will grill Mr Johnson just weeks after he officially stands down on September 6.

The committee claimed “some have suggested” the inquiry is no longer necessary given his departure but confirmed they intended to plough ahead with the probe anyway.

It said in a statement: “Our inquiry, however, is into the question of whether the House was misled, and political developments are of no relevance to that.

“The House charged the committee with this task and we are obliged to continue with it.”

Mr Johnson could face a by-election if the privileges committee finds him guilty of lying and imposes a suspension of 10 sitting days or more.

Any MP who is banned from the Commons for at least 10 days is automatically subjected to a “recall petition”.

If at least 10 percent of Mr Johnson’s constituents in Uxbridge and South Ruislip sign the petition, it automatically triggers a by-election.

In total there are seven MPs who sit on the privileges committee, including four Conservatives.

Labour’s Chris Bryant is the committee’s chairman but recused himself from heading up the inquiry after publicly attacking Mr Johnson and accusing him of lying to Parliament.

Instead, it the investigation into the Prime Minister will be chaired by former deputy Labour leader Harriet Harman.

On social media earlier this year she appeared to agree with a tweet that claimed Mr Johnson and Rishi Sunak broke their own emergency laws. They lied”.

She responded by adding: “And not just any old laws but those which were essential to protect even more people getting infected. These were laws to save lives that they broke!”