The Parthenon Marbles are 2,500 years old and were removed from the acropolis more than 200 years ago. The artefact, also known as the Elgin Marbles were taken to Britain in the early 19th century by staff working for the Earl of Elgin, Thomas Bruce.

Mr Johnson added: “I understand the strong feelings of the Greek people – and indeed Prime Minister Mitsotakis – on the issue.

“But the UK Government has a firm longstanding position on the sculptures which is that they were legally acquired by Lord Elgin under the appropriate laws of the time and have been legally owned by the British Museum’s Trustees since their acquisition.”

The Prime Minister has been praised over his commitment. 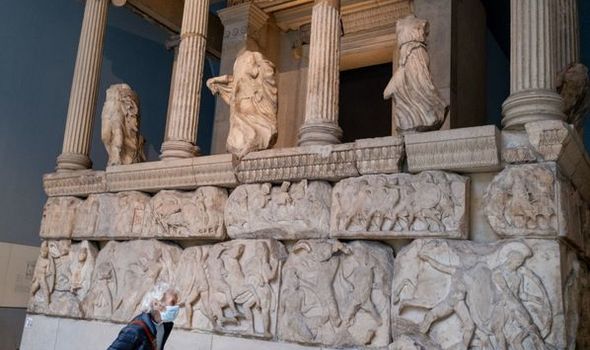 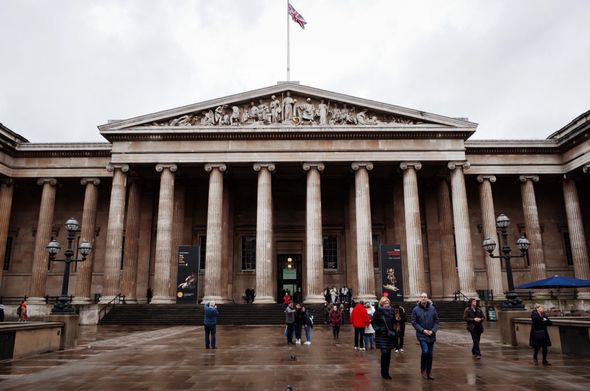 Professor Alan Sked, Academic of International History at LSE, said: “Boris has told a Greek newspaper that we will not be returning the Elgin Marbles since they were ‘legally acquired’. Good man. They were indeed.”

In an interview with Ta Nea newspaper, Mr Johnson said he hopes to “revitalize” the relationship between Greece and Britain, strengthening transnational cooperation in the fields of trade, education, health, defence and culture.

Mr Johnson added: “This is the beginning of a new partnership with our European friends, one that builds on our common bonds of friendship and cooperation, but with the UK acting with an independent voice to speak on the things that matter to us.

“2021 is of course a significant year for Greece and a very exciting time to be reinvigorating our relationship with the Greek people.” 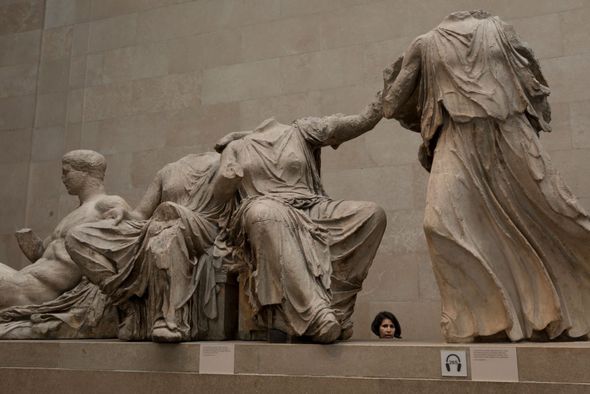 The British Museum which holds the artefact has also refused to return the sculptures, roughly half of a 160-meter (525-foot) frieze which adorned the 5th century BC acropolis.

Museum chiefs claim they were acquired by Earl Elgin under a legal contract with the former Ottoman Empire (now modern-day Turkey) and are part of everyone’s “shared heritage”.

Greek culture minister Lina Mendoni branded Lord Elgin a “serial thief” and accused him of having used illegal tactics to take the marbles.

She claimed Mr Johnson appeared to be unaware of recent historical evidence showing the former envoy had not acquired the marbles legitimately. 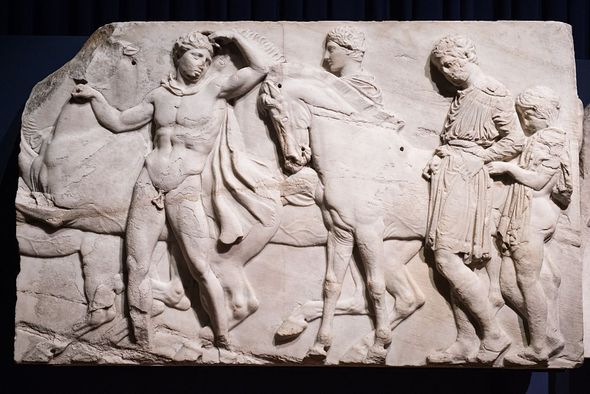 In a statement, she concluded: “For Greece, the British Museum does not have legitimate ownership or possession of the Sculptures.

“The Parthenon, as a symbol of Unesco and western civilisation, reflects universal values. We are all obliged to work towards this direction.”

Actor George Clooney also voiced his support for returning the 2,500-year-old artefacts making clear it would be the “right thing” for the UK to do.

Mr Clooney told the chair of the British Committee for the Reunification of the Parthenon Marbles that “the Parthenon Sculptures must be returned to their original owner”.

Sculptor Sir Anthony Gormley, who developed the Angel of the North agreed with their return, adding: “I would be happy to return [them] because I think the present galleries are not a particularly inspiring place.”

But Margaritis Schinas, the European Commission’s vice-president for Promoting the European Way of Life claimed the “Marbles belong in the Parthenon.”

In a statement last night, he added: “In these difficult times, universal cultural heritage should uplift humanity, not divide it.”

In response, a British Museum spokesman said the artefacts were legally acquired.