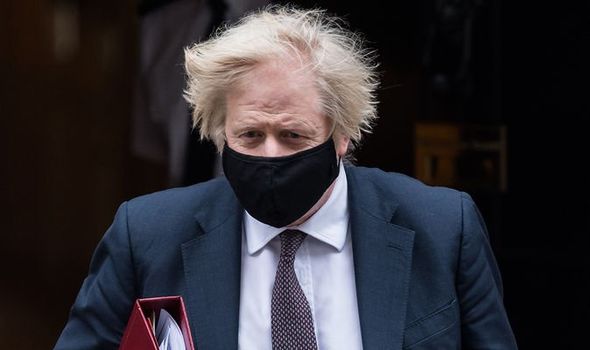 European Commission President Ursula von der Leyen warned the bloc would halting shipments the UK while Britain had a higher coverage rate than its own.

She said she was “ready to use whatever tool we need” to ensure the EU had the vaccines it needed saying the bloc must get “its fair share”.

The Prime Minister’s official spokesman said “the global recovery from covid relies on international collaboration” as he urged the EU to stand by its commitment” not to restrict exports of vaccines.

The No10 official said: “I would point you back to the conversation the Prime Minister had with Ursula von der Leyen earlier this year.

“She confirmed then that the focus of their mechanism was on transparency and not intended to restrict exports by companies where they are fulfilling their contractual responsibilities.

“It remains the case we would expect the EU to continue to stand by its commitment.”

The threat from Brussels comes despite figures from the European Centre for Disease Prevention and Control released on Monday showing the bloc was sitting on over 15 million unsued coronavirus vaccine doses.

So far just nine percent of adults in the EU have received a first injection of a jab compared to more than 47 percent in the UK.