The revelation comes amid claims the Prime Minister tried to persuade Sir Alex Allan to tone down his conclusion amounted to bullying – with Sir Alex resigning in the wake of Mr Johnson’s decision not to act following the publication of his report. Mr Johnson told Conservative MPs in a private WhatsApp group it was time to “form a square around the prittster”.

Sir Alex had been asked to investigate after claims Ms Patel belittled officials in meetings, made unreasonable demands and created an “atmosphere of fear”.

His report said she had “not consistently met the high standards required by the ministerial code”, though he said there was “no evidence that she was aware of the impact of her behaviour”.

However, one government source said that after reading the report Mr Johnson had been “very clear he wanted to stand by her”. 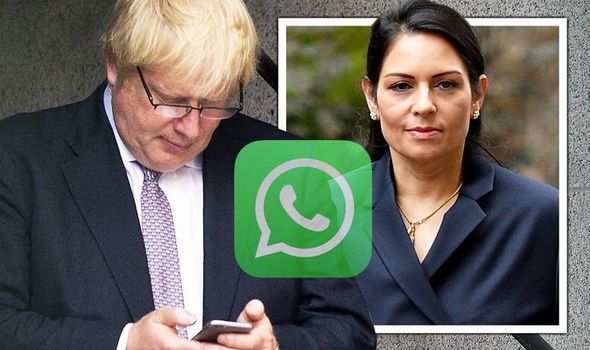 He then Sir Alex to ask him to tone down his findings by stressing there was were no clear examples of bullying at the Home Office which breached the Ministerial Code.

A Cabinet Source said: “He read all of it and didn’t think Alex’s findings accorded with the evidence itself.

“He spoke to Alex and asked him if he’d change the tone of it. Alex said no.” 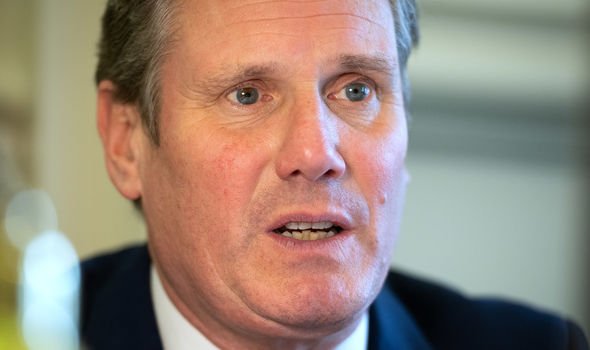 A No 10 spokesman said: “As you would expect, the prime minister spoke to Sir Alex Allan to further his understanding of the issues. Sir Alex’s conclusions are entirely his own.”

Addressing the report’s findings, Ms Patel said: “I’m sorry that my behaviour has upset people and I’ve never intentionally set out to upset anyone.”

Following the publication of the report, former Tory leader Iain Duncan Smith tweeted: “I’ve worked with @pritipatel for a number of years & always found her to be strong, robust & determined to get the job done, she’s a hard working & good Home Secretary.

“There is a history of poor civil service leadership at the Home Office & the report is critical of that.”

Speaking to Express.co.uk at the House of Commons earlier this year, Mr Duncan-Smith said of the bullying allegations: “It’s completely ridiculous really.

“But there are some who have decided for whatever reason they want to make life difficult for her and that’s nonsense.

“And the good ones will tell them shut up, we’ve had enough of this.

“It gives a bad reputation to the civil service.

Labour leader Sir Keir Starmer has said were he in Mr Johnson’s place he would have sacked Ms Patel.

He added: “It is hard to imagine another workplace in the UK where this behaviour would be condoned by those at the top.”