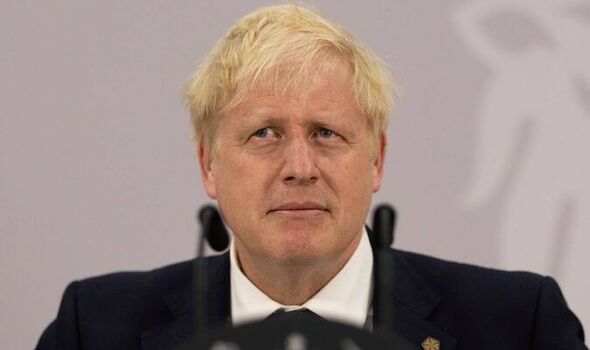 But Mr Johnson said his desire to rule until the 2030s is about transforming the country through his “massive” plans for reform. “I think that actually when you look at what this government has done, it is quite exceptional,” he said.

Speaking as he arrived in Bavaria for the start of the G7 summit, Mr Johnson denied the by-election defeats last week were a source of personal shame for him.

He told ITV: “I understand that people are going to want to criticise me, attack me for all sorts of reasons, some of them good, some of them less good.

“I think that actually when you look at what this government has done, it is pretty remarkable. We’re going to continue to do that.

“And I think when I look at those by-election results, I think what people were saying was they were pretty fed up with hearing an awful lot of stuff about me as an individual rather than hearing about what matters to them as voters.”

Mr Johnson said his leadership had delivered Brexit and the fastest vaccine rollout in Europe and the government is now helping people through a tough time.

He dismissed claims he was being “delusional” by setting out his vision to make long-term reforms to the economy and public services.

He said “we’ve got a huge amount to do” and he has a “massive agenda of reform and improvement” that includes a plan for a stronger economy, improving transport networks and cutting the cost of Government.

“We’ve got to make sure we grow our economy by reducing the burden of taxation on business and on families and have better regulation,” he said.

Mr Johnson said the cost of living crisis and war in Ukraine are the immediate priorities and said he is focused on doing “all the things that we need to do to tide people over in the immediate, tough time.”

“But then make sure that we bounce out of it as strongly as possible,” he added.

But the suggestion Mr Johnson wants to remain in No 10 until the 2030s sparked a Tory backlash with critics accusing him of “arrogance”.

Conservative MP Tim Loughton said the vow to seek a third term was a “little arrogant”.

He said the PM should be “concentrating on getting the first term back on track” and thinking about long-term leadership hopes was a “distraction”.

Damian Green, chairman of the mainly Remainer One Nation group of Tory MPs, said the Government “needs to alter both its style and content” and called on Cabinet members with leadership hopes to show their stripes.

Former Brexit minister David Davis also lashed out at the PM’s claim that the only argument of “substance” for a change of direction he has heard from his critics is for the UK to return to the EU single market. Mr Davis said this is “plainly not true of me, or many others.”

Around six Tory MPs were reportedly considering defecting to Labour, it was claimed in a Sunday newspaper.

Mr Johnson’s opponents have been circling since the by-election loses in Wakefield and Tiverton and Honiton last Thursday.

Tory MP Andrew Bridgen said he intends to stand for a role on the 1922 Committee’s executive later this week on a pledge to change the rules to allow a second vote of confidence to be held this year.

But Scottish Conservative leader Douglas Ross, a prominent critic of Mr Johnson, said it would be “wrong” to change the rules.

He praised the premier’s “enthusiasm and drive to deliver for our country.”

Mr Lewis said there is no point in Mr Johnson “pretending he’s somebody else”, after the PM insisted he will not undergo a “psychological transformation.”

The Northern Ireland Secretary said: “I think we as a party elected Boris Johnson with an overwhelming majority in 2019, he’s somebody who has won elections, both as London mayor and now in a general election.

“There’s no point pretending he’s somebody else. He is somebody who as Prime Minister is focused on the country.”