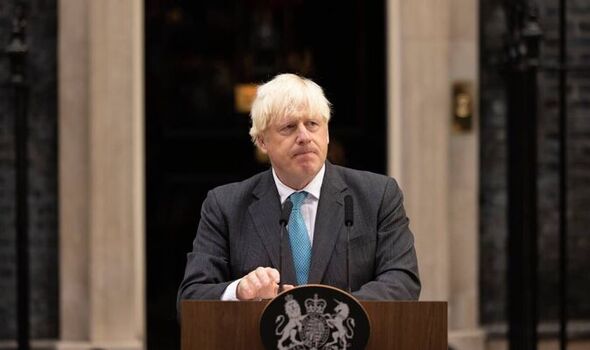 Conservative MPs are already looking for a replacement for Rishi Sunak on the assumption that they cannot avoid defeat in the next election. This comes as the latest tracker poll has given the Tories a two point boost but still leaving them 21 percent behind Labour.

A former cabinet minister told Express.co.uk: “There is no avoiding defeat. The only question is whether we can limit the damage.

In 1997 the Tories under John Major suffered the worst defeat in their history.

A massive victory for Labour under Tony Blair saw the Conservatives wiped out in Scotland and Wales leaving them with just 165 seats losing more than half the constituencies they won in 1992.

The latest Techne UK poll for Express.co.uk gives Labour 48 percent (down one) and the Conservatives 27 (up one).

If the Techne poll played out in an election it would leave the Conservatives in a worse place than 1997 with 121 seats.

Meanwhile, Labour would have a majority of 226 seats.

The former cabinet minister, who is a close ally of Mr Johnson, said that the prospect of unavoidable defeat was now playing into the calculations about whether he tries to make another comeback.

The senior MP said: “Boris does not want to be leader of the Opposition. He has no interest in that.”

The former minister added: “He knows his one chance to come back was when Liz Truss stepped down.

“He had the numbers but for his own reasons he did not want to go ahead with it.

“We (Tory MPs) know that we cannot change prime minister for a third time, voters just would not accept it.

“The next election will be a disaster if we do that.

“The question is what we do after the election in opposition.”

There is currently a campaign to push for Me Johnson to return.

But most MPs believe it is either too late or would be catastrophic.

Former chairman Jake Berry and former Treasurer Lord Cruddas are both understood to be behind the push.

There is also a concern that Richard Tice’s Reform UK, previously the Brexit Party, is taking Tory votes.

Reform is polling at 5 percent in the tracker poll but taking 11 percent of Leave voters from 2016 and 7 percent of Conservative from 2019.

There are fears that if Nigel Farage makes a comeback their vote share will be even higher.

“Even with this 2 point swing from Labour to Conservatives Rishi Sunak’s Government has little festive cheer. NHS operation waiting numbers have exceeded this week for the first time 7 million patients on a list for treatment and many public sector workers are either already on strike or considering strike action.

“These are bleak mid-winter times for the Conservative Party and there is no doubt that an easy and quick way back into contention with Labour still seems a far and distant prospect at this time.”