The president’s decision to keep a Trump-era policy has put his immigration strategy under scrutiny. 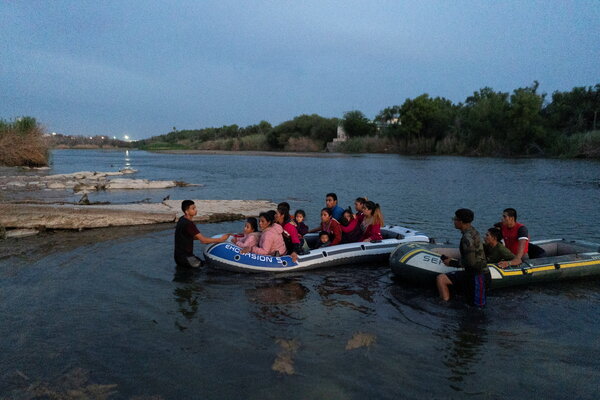 With the Delta variant spreading, the Olympics ending and the West Coast burning, you could be forgiven for missing one of the year’s biggest stories on immigration: After months of promising to ditch a Trump-era policy that turned away most migrants at the border during the pandemic, President Biden announced last week that he was keeping it, indefinitely — setting in motion a fight with the left over an issue his administration would rather keep on the back burner.

The policy, known as Title 42, is ostensibly about public health, and the administration said the rule was extended based solely on guidance from the Centers for Disease Control and Prevention. But many immigration experts see the rule the same way today they did in March 2020, when it was enacted — as a politically convenient tool to achieve a different end.

Critics of former President Donald J. Trump said it was a transparent move to shut down virtually all immigration to the United States, an opportunity that, before the pandemic, he and immigration hard-liners in his administration, like Stephen Miller, a senior adviser, could only dream about.

Mr. Biden’s decision, to many experts, seems equally transparent, and equally political. But to what end? The answer depends on what you think about the administration’s overall record on immigration, and where it might be headed.

For his supporters, keeping Title 42 is a pragmatic calculation, the equivalent of placing a giant “Closed — Back in 10 Minutes” sign on the country’s front door until it can reform the nation’s immigration system.

For his critics, the decision shows a fundamental bankruptcy at the heart of Mr. Biden’s approach. Lacking a coherent plan, they say, the White House has defaulted, relying on an immoral policy left over from the previous administration.

It’s important to start with context. While many public health experts argue that Title 42 does little to stop the spread of the coronavirus — pointing out that migrants are no more likely to carry the virus than people already in the country — not everyone agrees. In light of the Delta variant, the Biden administration argues that slowing the flow of people into the country is reasonable.