President Biden directed a gender-focused policy council in the White House and other agencies to “launch of a whole-of-government effort” to respond. 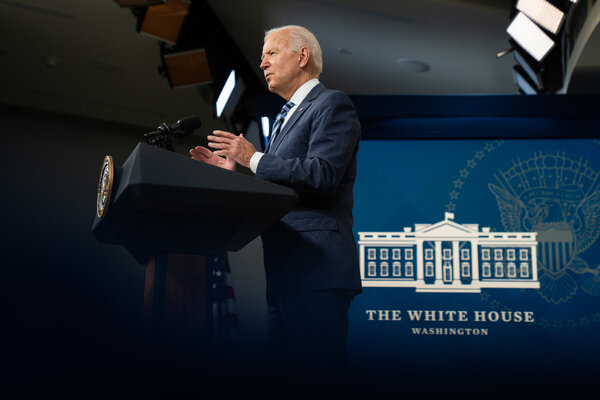 WASHINGTON — President Biden on Thursday excoriated the Supreme Court’s refusal to block a Texas law that prohibits abortion after six weeks, saying that it “unleashes unconstitutional chaos” against women and vowing that his administration would investigate how the federal government could protect existing constitutional abortion rights.

In a statement, the president said that he had directed a gender-focused policy council in the White House, the Office of the White House Counsel and the Health and Human Services and the Justice Departments to “launch of a whole-of-government effort” to respond to the court’s decision.

“Complete strangers will now be empowered to inject themselves in the most private and personal health decisions faced by women,” Mr. Biden said. “This law is so extreme it does not even allow for exceptions in the case of rape or incest.”

The Texas law, known as S.B. 8, makes it difficult for officials to enforce Roe v. Wade, a landmark decision that establishes the right to abortion until the point of fetal viability, the point at which fetuses can sustain life outside the womb, or about 22 to 24 weeks into a pregnancy.

The law allows anyone to bring a court case against anyone else involved in obtaining an abortion — including taxi drivers, receptionists or relatives who provide money for the procedure — making it difficult for abortion rights activists to challenge its restrictions in court. The law also further incentivizes plaintiffs to police women who are seeking the procedure by offering $10,000, in addition to legal fees, if they win in court.