The president is set to return to his campaign theme of democracy in peril as his party fights to retain its hold on Congress in the midterm elections. 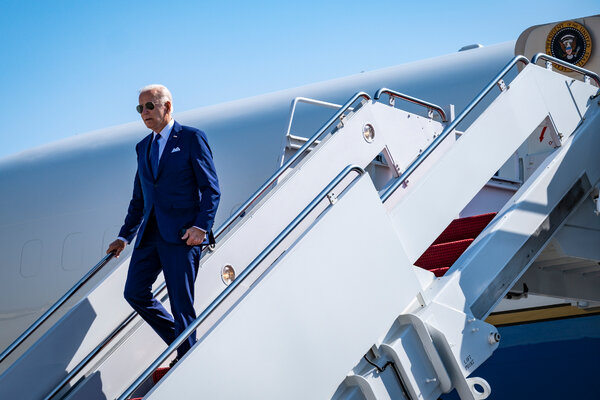 WASHINGTON — President Biden will travel to Pennsylvania on Thursday to deliver a rare prime-time speech on what the White House called the “battle for the soul of the nation,” returning to the theme of democracy in peril that he used in the 2020 presidential campaign as his party fights to hold onto control of Congress in the looming midterm elections.

Mr. Biden’s speech outside Independence National Historical Park in Philadelphia will describe how democracy itself in America is at stake while most likely taking aim at a Republican Party he has increasingly criticized in recent weeks, according to a White House official. It is also expected to emphasize the reputation of the United States on the global stage.

The speech will come as Mr. Biden has struck a more aggressive tone after spending most of the first year of his presidency preferring to emphasize unity in a divided nation over attacking Republicans, at times frustrating members of his own party. Just last week, the president condemned “ultra-MAGA Republicans” for a philosophy he described as “semifascism.”

It also comes as former President Donald J. Trump and his norm-busting presidency have returned to the fore, amid investigations into the Jan. 6 attack on the Capitol and an F.B.I. search of his Florida home that retrieved highly sensitive documents he took with him from the White House. As Republicans have rallied to his defense, many have defended his efforts to overturn the election or attacked basic institutions of government including the F.B.I. and the Justice Department.

The timing of Mr. Biden’s speech on Thursday, less than three months before the November elections, is also another sign that the administration is leaning into a strategy outlined in a memo written by Jen O’Malley Dillon, a deputy White House chief of staff, and Anita Dunn, a top communications adviser. Mr. Biden is expected to trumpet legislative victories that “beat the special interests” and attack the extremism embraced by Mr. Trump and his allies, both strategies emphasized in the memo.