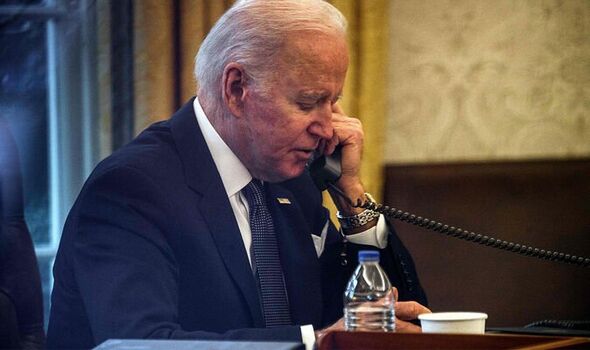 The President had a long relationship with the former monarch, after first meeting Her Majesty in 1982 when he travelled to the UK as part of a Senate delegation.

He then met her while serving as Vice President under Barack Obama before again once he won election to the Oval Office himself.

A readout from the White House said: “President Joseph R. Biden, Jr. spoke today with King Charles III to offer his condolences on the passing of Queen Elizabeth II.

“The President recalled fondly the Queen’s kindness and hospitality, including when she hosted him and the First Lady at Windsor Castle last June.

“He also conveyed the great admiration of the American people for the Queen, whose dignity and constancy deepened the enduring friendship and special relationship between the United States and the United Kingdom.

“President Biden conveyed his wish to continue a close relationship with the King.”