At a Senate hearing, officials also urged repeal of the 1991 Gulf War and 2002 Iraq war laws, portraying them as obsolete and unnecessary. 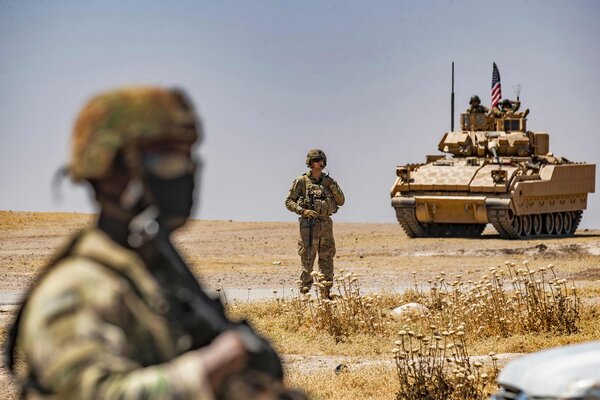 WASHINGTON — The Biden administration is open to several potential ways to tighten a much-stretched 2001 law that serves as the domestic legal basis for the open-ended “forever war” against terrorists around the world, a senior State Department official told Congress on Tuesday.

Testifying before the Senate Foreign Relations Committee, the deputy secretary of state, Wendy R. Sherman, favorably — but vaguely — cited ideas to give Congress some role in any future decisions to expand counterterrorism operations to additional terrorist groups or to new countries, as well as to require periodic reviews of such groups and countries.

“I think that there is a lot of work to be done,” she said. “It may be that those kinds of ideas aren’t the right ones, but those are things that we are willing to discuss — as well as other things that the Senate might put on the table.”

Ms. Sherman made her comments at a hearing that was officially devoted to pending legislation to repeal two other aging war-powers laws: the 1991 law that authorized the Persian Gulf War and the 2002 law that authorized President George W. Bush to invade Iraq and topple Saddam Hussein.

The committee has scheduled a session on Wednesday to mark up and vote on legislation to repeal the two laws. The House voted in June to repeal them, and the Biden administration said it supported that effort, saying they were obsolete.

But the Senate hearing on Tuesday repeatedly returned to the far more complicated question of what to do about the 2001 law, which has grown into the basis for sprawling global counterterrorism operations.

Congress enacted the 2001 law to authorize war against those responsible for the Sept. 11 terrorist attacks. But administrations of both parties have used it as the legal basis for military action against targets well beyond Al Qaeda and the Taliban in Afghanistan, including interpreting it to justify warfare against a Qaeda affiliate in Yemen, the Islamic State in Iraq and Syria, and Al Shabab in Somalia.