The president offered a glimpse of a different American foreign policy in the post-9/11 world, one that he said would be guided more by competition with China and Russia.

Biden Says, ‘The War in Afghanistan Is Now Over’

President Biden defended his decision to end the 20-year war in Afghanistan, a day after the U.S. closed a two-week evacuation of 125,000 people from Kabul that saw the deaths of 13 American service members.

Last night in Kabul, the United States ended 20 years of war in Afghanistan, the longest war in American history. We completed one of the biggest airlifts in history with more than 120,000 people evacuated to safety. The extraordinary success of this mission was due to the incredible skill, bravely and selfless courage of the United States military and our diplomats and intelligence professionals. Twenty service members were wounded in the service of this mission. Thirteen heroes gave their lives. I was just at Dover Air Force Base for the dignified transfer. We owe them and their families a debt of gratitude we can never repay but we should never, ever, ever forget. Let me be clear: Leaving Aug. 31 is not due to an arbitrary deadline. It was designed to save American lives. The previous administration’s agreement said that if we stuck to the May 1 deadline that they had signed on to leave by, the Taliban wouldn’t attack any American forces, but if we stayed, all bets were off. So we were left with a simple decision: either follow through on the commitment made by the last administration and leave Afghanistan, or say we weren’t leaving and commit another tens of thousands more troops going back to war. That was the choice, the real choice: between leaving or escalating. I was not going to extend this forever war. My fellow Americans, the war in Afghanistan is now over. 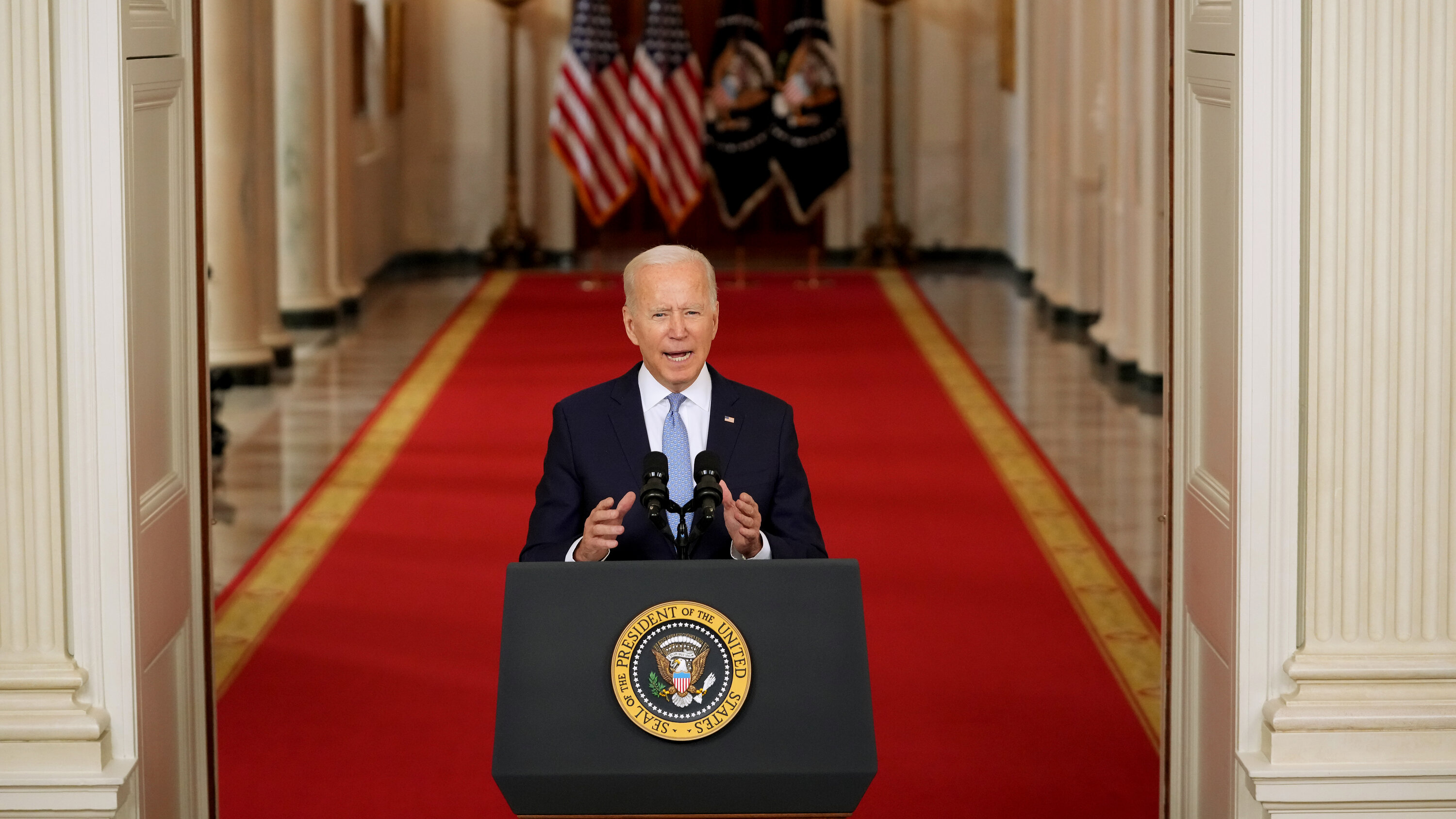 WASHINGTON — President Biden on Tuesday forcefully rejected criticism of his decision to end America’s 20-year war in Afghanistan, hailing what he called the “extraordinary success” of the evacuation of Kabul and declaring the end of an era in which the United States uses military power “to remake other countries.”

Speaking to the nation less than a week after a terrorist bombing killed 13 service members at the Kabul airport during a chaotic rush to leave the country, Mr. Biden said the costs to the United States would have been even higher if he had allowed the nation to remain mired for years in a civil war that has dragged on for decades. In blunt terms, he claimed the only alternative to the departure he oversaw was another escalation of the war.

“When I hear we could have, should have continued the so-called low-grade effort in Afghanistan, at low risk to our service members, at low cost,” Mr. Biden said in the 26-minute speech, “I don’t think enough people understand how much we’ve asked of the 1 percent of this country who put that uniform on.”

“There’s nothing low grade or low risk or low cost about any war,” he continued. “It’s time to end the war in Afghanistan.”

The president delivered his remarks just shy of 20 years after the United States ousted the Taliban from power in the wake of the Sept. 11 attacks, and just a day after the last American troops and diplomats departed the country, which is once again under Taliban rule.

Mr. Biden declared that he believed with “all of my heart” that he had made a wise decision. But he appeared defiant as he sought to counter a torrent of criticism from Democrats and Republicans — and from some families of the service members killed in Kabul last week — for his handling of the withdrawal.

The president refused to offer any sort of mea culpa on Tuesday, even as the Taliban celebrated their “independence” from America with gunfire in the streets of Kabul.

Instead, the president sought to justify his handling of the final weeks of the war, saying that the U.S. military and its diplomats deserved credit and thanks for ferrying out more than 120,000 Americans and Afghan allies in the face of the Taliban takeover and terrorist threats from ISIS-K, an affiliate of the Islamic State.

Mr. Biden expressed deep remorse for the loss of lives in the explosions at the airport last Thursday, including scores of Afghans, but he dismissed the argument that his administration should have — or could have — conducted the final withdrawal in a “more orderly manner” by evacuating people earlier, before the Taliban takeover of the country was complete.

“I respectfully disagree,” Mr. Biden said, at one point pounding his finger on the lectern and delivering a sense of righteous indignation about the second-guessing from critics on Capitol Hill and others outside the administration. 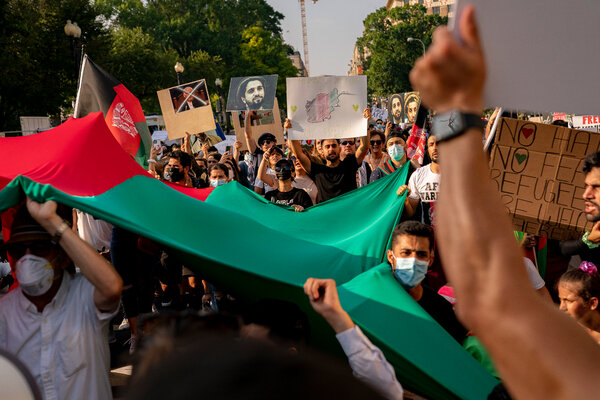 At the heart of Mr. Biden’s argument is a bet that Americans — a majority of whom say they support an end to the war — as well as historians will judge his decision to withdraw troops as the only acceptable one, given the situation on the ground when he came into office at the beginning of the year.

Withdrawing from Afghanistan was a central campaign promise, and White House officials believe that a majority of voters will reward the president for following through on what he said he would do.