The public awareness push includes 275 participating organizations that will speak to communities where skepticism of the coronavirus vaccine remains high. 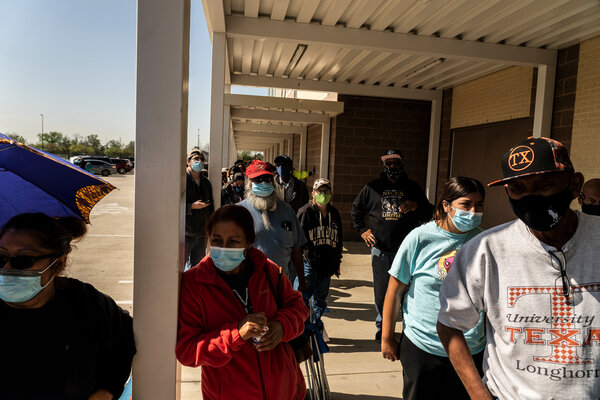 WASHINGTON — The Biden administration on Thursday morning announced an ambitious advertising campaign intended to encourage as many Americans as possible to be vaccinated against the coronavirus.

The campaign, with ads in English and Spanish that will air throughout April on network TV and cable channels nationwide, as well as online, comes as the administration is rapidly expanding access to coronavirus vaccines.

President Biden announced last week a new goal of administering 200 million doses by his 100th day in office, doubling his initial goal of “100 million shots in the arms” of Americans that he set when he was inaugurated. And last month, in an address to the nation, he announced a goal of making all adults in the United States eligible for a vaccine by May 1. Governors and public health officials in more than 40 states have said that they will meet or beat that deadline.

But deep skepticism about the vaccine remains a problem, particularly among Black people, Latinos, Republicans and white evangelicals. Administration officials expect to soon face the possibility of supply exceeding demand if many Americans remain reluctant to be vaccinated. And widespread opposition to vaccination could set back a return to a more normal way of life as the virus continues to spread.

Two hundred and seventy-five organizations will participate in the administration’s new public awareness push — including NASCAR, the Catholic Health Association of the United States and the North American Meat Institute — that is aimed at communities where vaccine hesitancy remains high. Among the organizations are many Catholic and evangelical groups that are expected to help address religious concerns about the Johnson & Johnson vaccine, which uses abortion-derived fetal cell lines.

The group is collectively called the Covid-19 Community Corps, administration officials said, and participating organizations are able to reach millions of Americans who trust those individual groups.