Ed Davey says government is ‘not telling BBC the truth’

Ed Davey appeared on BBC Breakfast to discuss the Lib Dem’s opposition to the Coronavirus Act and to face questions from Dan Walker. It was then pointed out to Mr Davey that the new rules and powers the Act would introduce seem like they would be politically aligned with the Liberal Democrats. Mr Davey scoffed and said ministers were appearing on the BBC and peddling “fake news” to Mr Walker and his colleagues as the new rules are not as advertised.

Speaking on BBC Breakfast, host Dan Walker asked Mr Davey: “We asked ministers about this [act] last week and they say that the act enables a furlough scheme, it enables virtual court hearings, enables the extension of statutory sick pay to continue for as long as it’s needed –  surely you support those things?”

Ed Davey replied: “Yes, but the Government was not telling you the truth.

“Section 76 of the Coronavirus act enables the furlough legislation and that’s a permanent piece of legislation.

“If the commons voted not to renew the Coronavirus Act that further legislation would still be there. 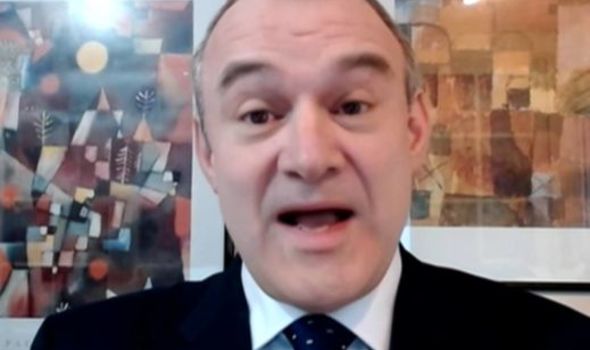 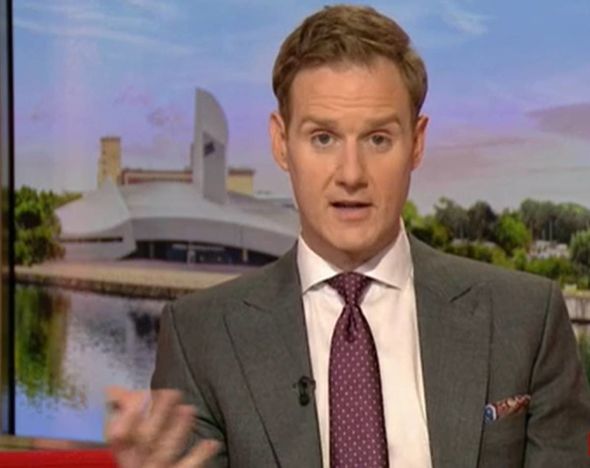 “So what I’ve been really worried about is we’re seeing a sort of Donald Trump with false news and fake news.

“And government ministers should be rather more truthful when they come on the BBC.

“The Government must have known that if this Coronavirus Act is not renewed, the furlough scheme will still stay there.

“And that was to begin to really worry about this government, not even telling the BBC the truth.”

Downing Street leads tribute to coronavirus losses a year on 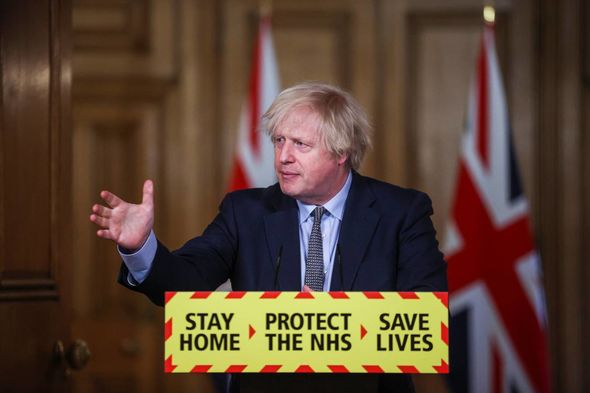 Mr Walker moved swiftly on and said: “Professor Chris Whitty said that Covid will remain with us for the foreseeable future, that was one of his quotes from yesterday.

“With that in mind, the argument is that with the virus being here for the foreseeable future the Government requires powers to use if they need them.”

Mr Davey responded: “Yes, but all the powers that they’ve been using for lockdown for quarantine for all the restrictions to deal with a pandemic don’t come from the Coronavirus Act.

“They come from the Public Health Act, and again this is my worry I don’t say this about Chris witty but I do say about Boris Johnson his ministers. 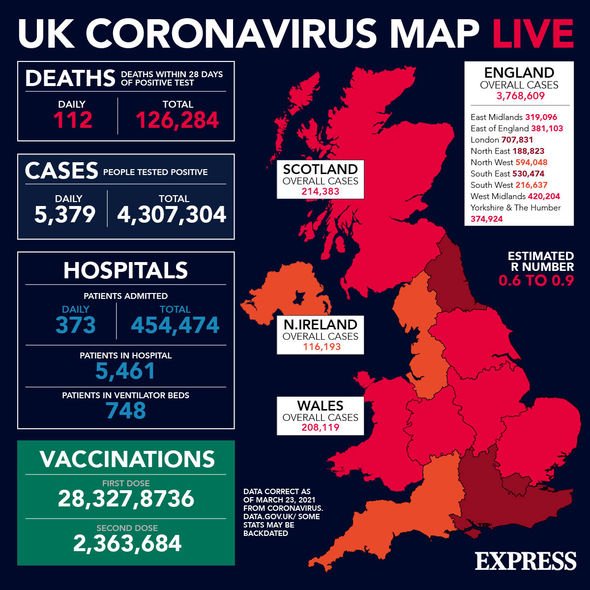 “They’re trying to take away our freedoms in the name of Coronavirus but they’re not telling you the truth.

“The reality is they have all the power they need in the Public Health Act.

“The Coronavirus Act is just a measure that takes away, basic rights and freedoms and we’re not going to hand them a blank cheque.

“We need to call this government out because it keeps taking away your basic freedoms and democratic rights.”