Australia and the United Kingdom were today at odds over why key climate targets were stripped out of the trade deal being negotiated between the two countries.

He was being asked about the Sky News revelation that British ministers had bowed to pressure from their Australian counterparts to remove temperature targets from the deal. 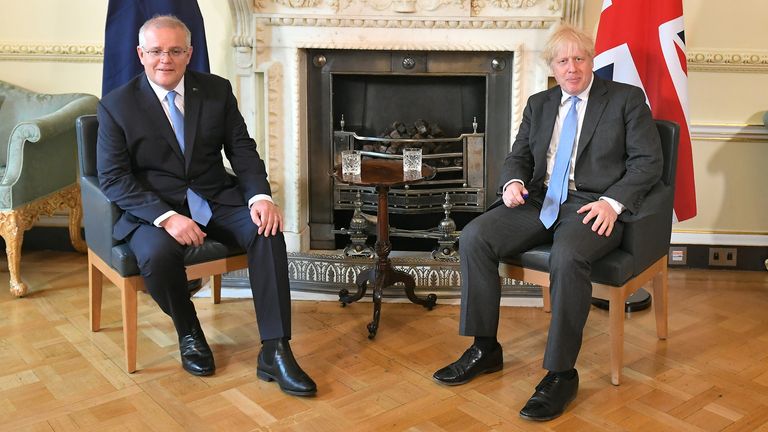 In a press conference, Mr Morrison said the UK-Australia deal was about trade.

Mr Morrison said that other countries should trust Australia to abide by its climate commitments.

“The key agreement we’ve made is when we signed up to Paris and the commitments that we made to achieve. Those commitments are clear. And we’ll not only meet them, we’ll beat them just like we did Kyoto.”

Mr Morrison’s explanation is at odds with the UK government justification.

Ministers are arguing that there are already a lot of environmental safeguards in the UK-Australia trade deal, and suggest that the text upholds the highest standards and implicitly commits Australia to the Paris deal. 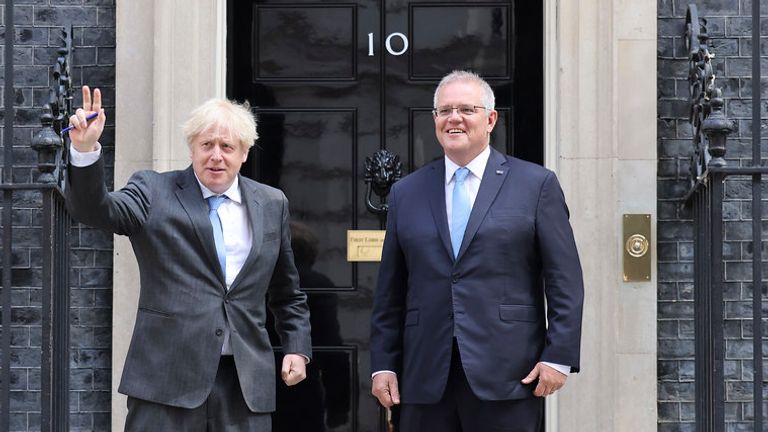 A UK government spokesperson said yesterday: “Our ambitious trade deal with Australia will include a substantive article on climate change which reaffirms both parties’ commitments to the Paris Agreement and achieving its goals, including limiting global warming to 1.5 degrees.

“Any suggestion the deal won’t sign up to these vital commitments is completely untrue.

“The UK’s climate change and environment policies are some of the most ambitious in the world, reflecting our commitment as the first major economy to pass new laws for net zero emissions by 2050.”

An Australian government minister said this week coal would continue to be a major contributor to Australia’s economy well beyond 2030, given growth in global demand.

Australia’s heavy reliance on coal-fired power makes it one of the world’s largest carbon emitters per capita, but its conservative government has steadfastly backed fossil fuel industries, saying tougher action on emissions would cost jobs.

Australia’s latest export figures show “the reports of coal’s impending death are greatly exaggerated and its future is assured well beyond 2030,” Resources Minister Keith Pitt said in a statement reported by Reuters.

Subscribe to ClimateCast on Spotify, Apple Podcasts, or Spreaker

“Scott Morrison is holding Australia back – and we have an opportunity to be a renewable energy superpower for the world,” he said.

“The Free Trade Agreement, what we’ve had here is evidence that the Australian government asked for the Paris commitments to be removed.

“That’s what we had here. And the Paris commitments are about keeping the world in a safe place.

“The Paris commitments are something that Australia has signed up to, but which Australia continues to sit in the naughty corner with the rest of the world.”